Cleopatra and Her Men 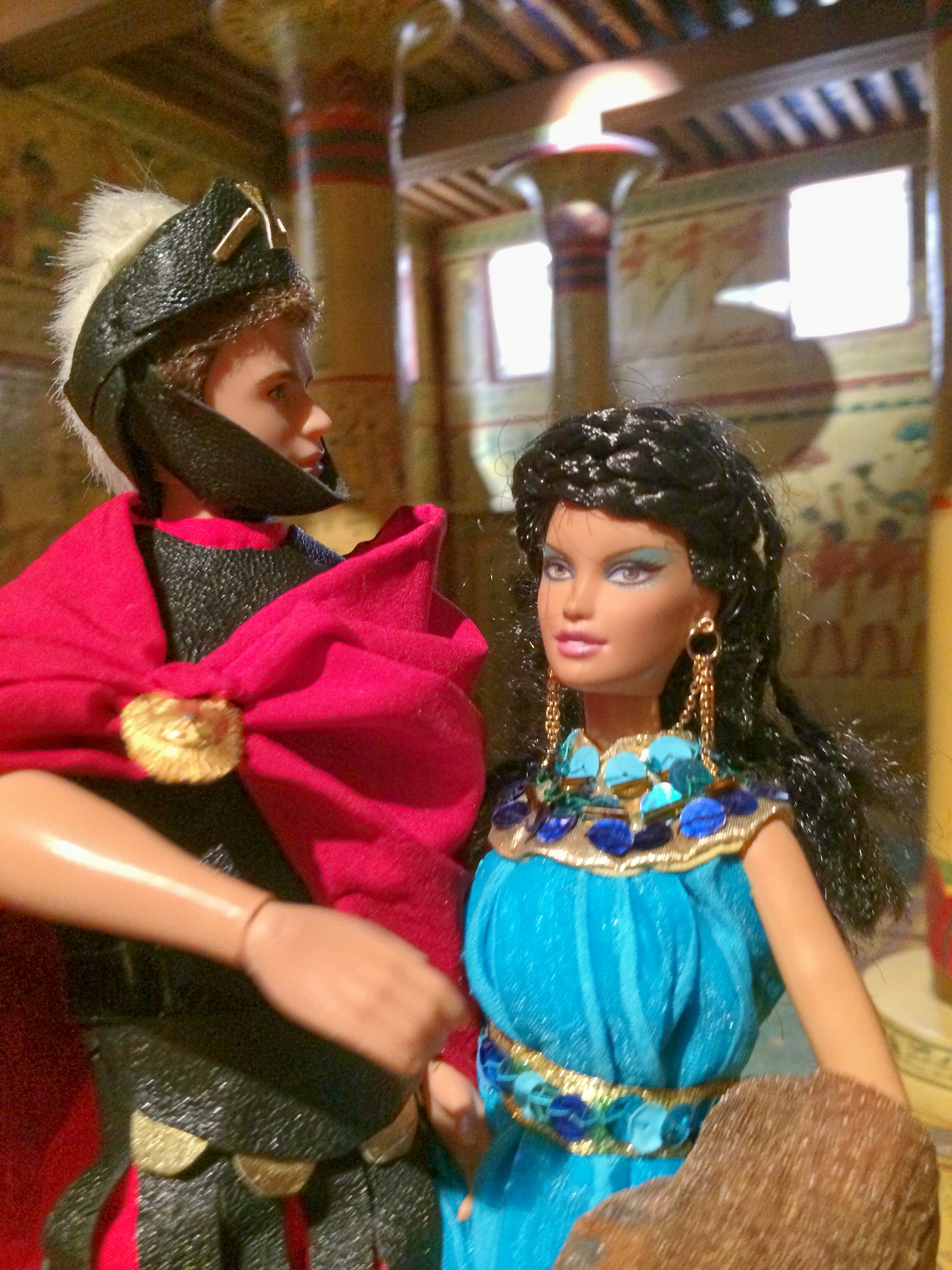 This is Cleopatra attired as the goddess Hathor. All ancient sources praise her intelligence and charm. She spoke several languages, among them the language of the Egyptians which the other rulers of the Ptolemaic dynasty did  not bother to learn. (The Ptolemaic dynasty was of Greek origin. The first Ptolemy was appointed the satrap of Egypt  by Alexander the Great. ) 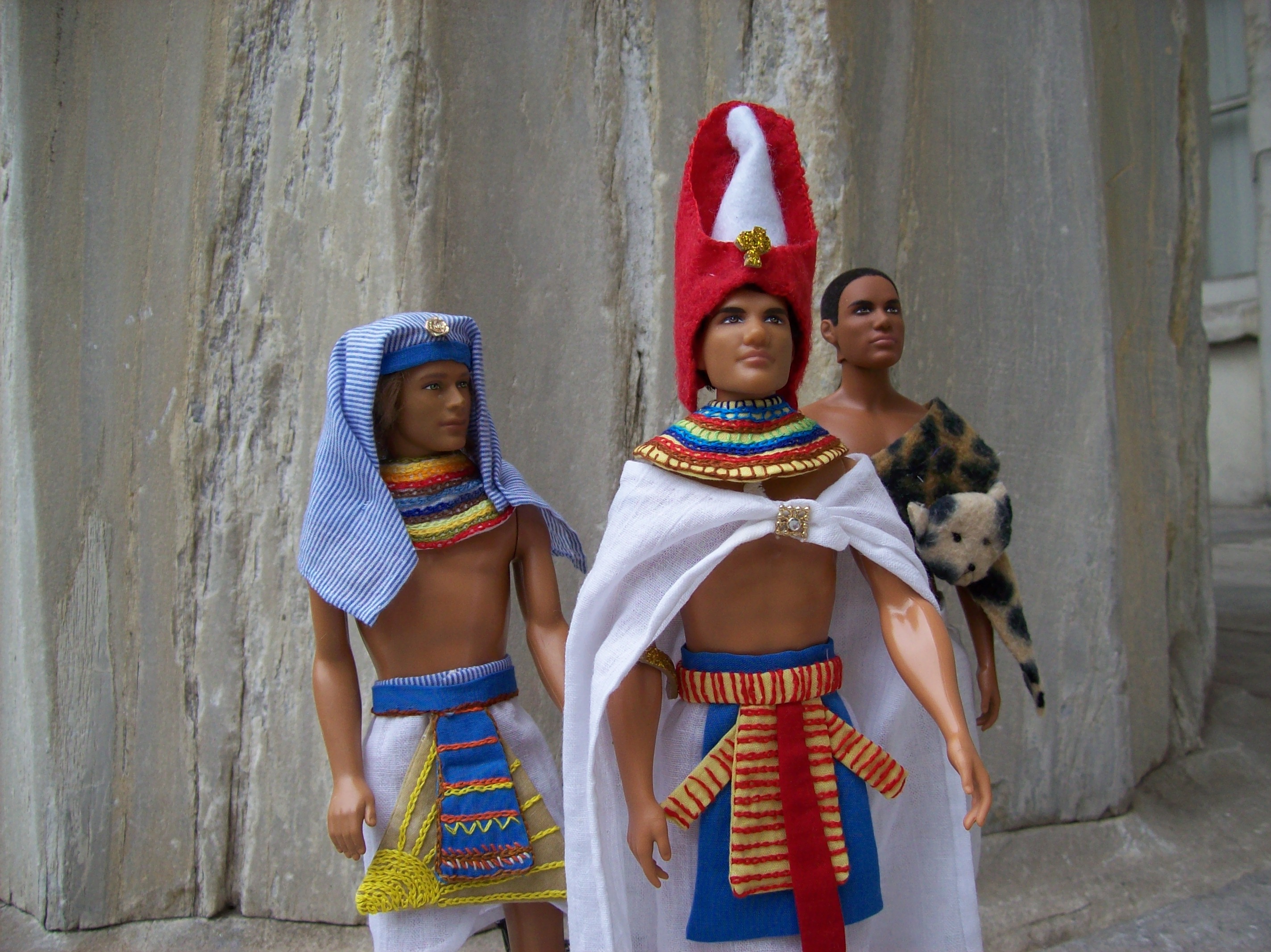 Cleopatra was the daughter of Ptolemy XII. The picture shows Ptolemy XII accompanied by his eldest son, the prince who became Ptolemy XIII, and the high priest of Nubian origin. Cleopatra must have been her father’s favorite child because he appointed her his successor to the Egyptian thron together with her brother and husband, Ptolemy XIII. 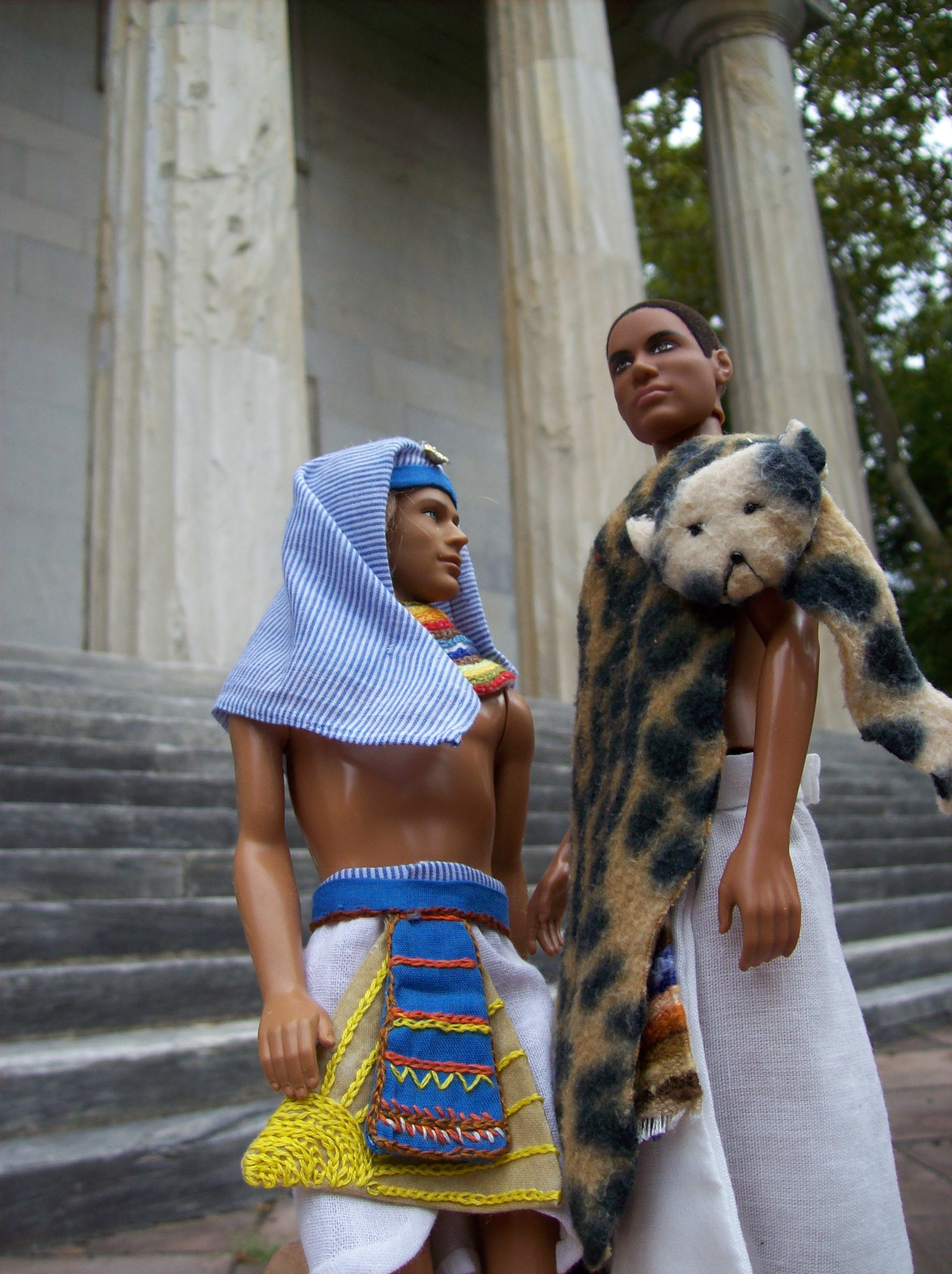 Cleopatra and Ptolemy XIII were not happy to co-rule and each one sought full control over Egypt. A bitter civil war ensued. Cleopatra had to flee and hide. 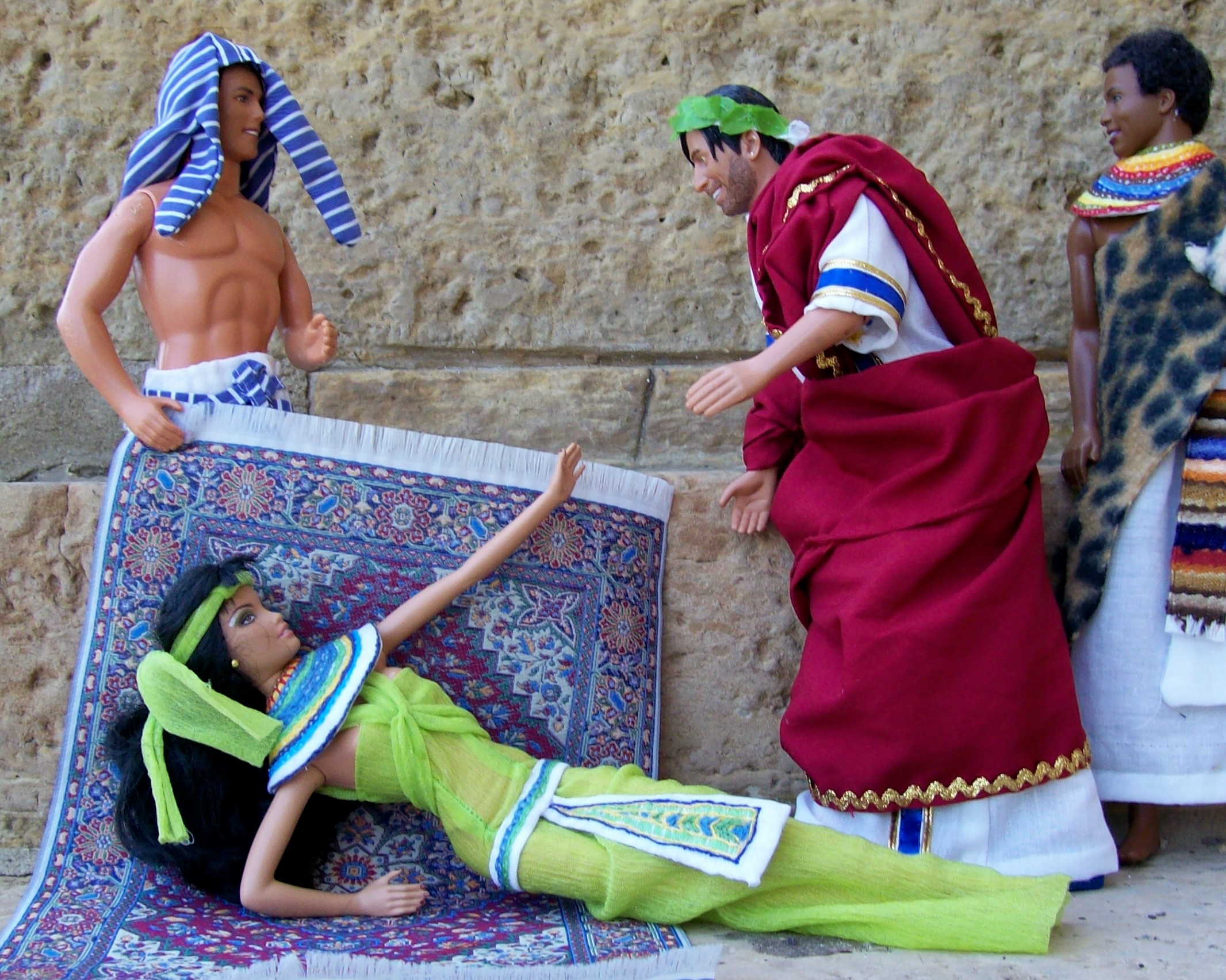 It happened that in 48 BC Caesar came to Egypt in pursuit of Pompey. Eager to get Caesar’s support, Ptolemy wrongly assumed that Caesar would like Pompey killed. To please Caesar, Ptolemy had Pompey killed and his severed head sent to Caesar. Instead of pleased, Caesar was appalled.

Cleopatra heard of the incident and thought that her time to have  Caesar side with her had come. With the aid of Apollodorus the Sicilian disguised as an Egyptian soldier, she was smuggled into Caesar’s camp, wrapped in a Persian rug, allegedly a gift for Caesar.  Persian rugs were highly prized even at that time. When Apollodorus unwrapped the rug, it was a charmingly dishevelled and flushed Cleopatra who  emerged from the bundle. Caesar was captivated by her youth and wit. At that time Caesar was 52, Cleopatra 21. 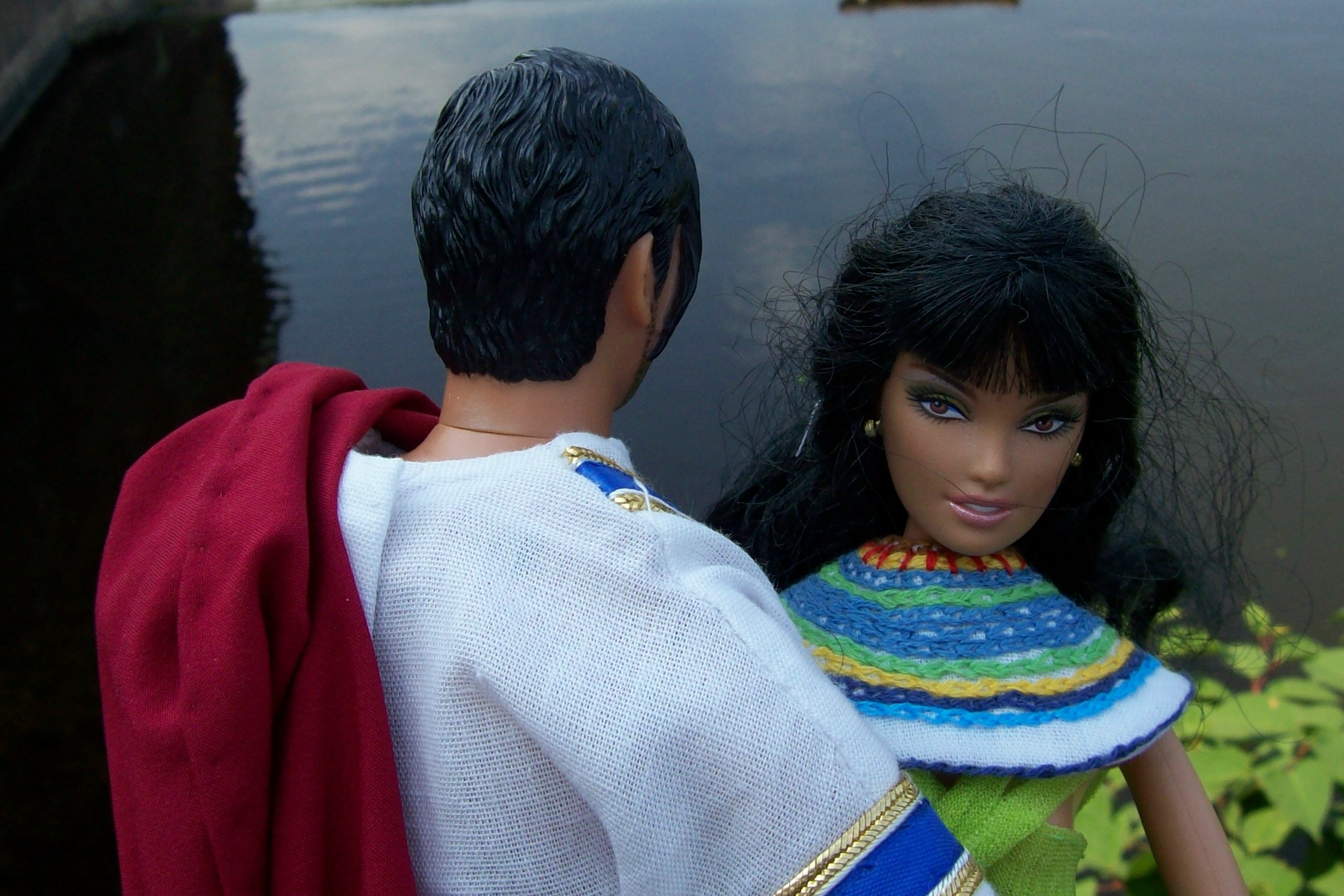 Cleopatra and Caesar never married because Cleopatra was not a Roman citizen but they were a couple until Caesar’s assassination. Cleopatra bore Caesar a child, a boy called Caesarion. 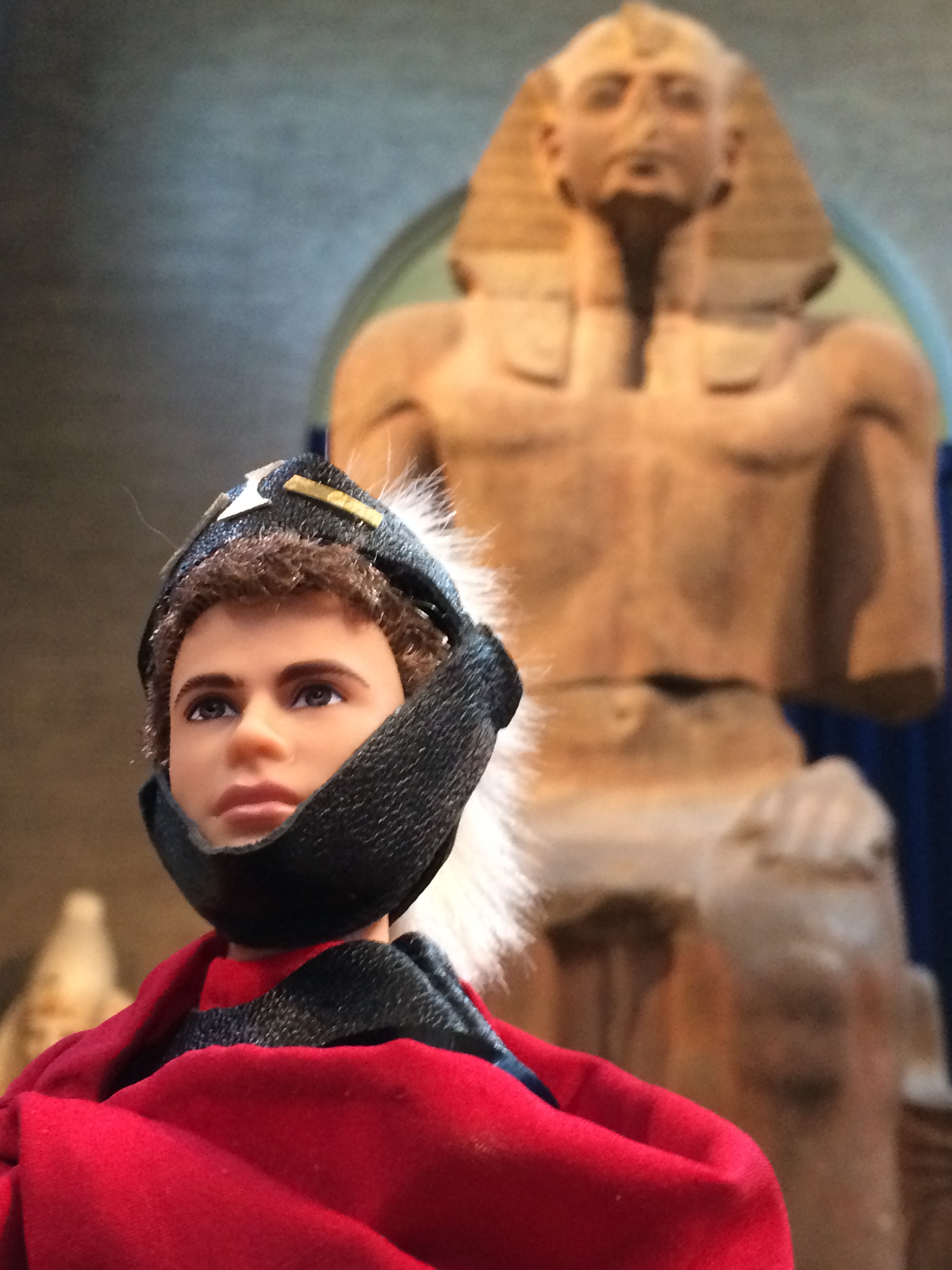 After Caesar’s assassination, Mark Anthony had some business in Egypt. He had  met Cleopatra when she was just 14 and liked her very much. Afterwards he saw Cleopatra when Caesar brought her to Rome and still liked her. In 41  BC when they met for the third time,  he fell madly in love. It seems that Cleopatra reciprocated his feelings. She bore him three children.

Anthony fell completely under Cleopatra’s spell. He was so devoted to her that he forgot to be involved in all the intrigues in Rome. In the meantime, a new leader was gaining power in Rome. That was Octavian, Caesars adopted son, a cunning schemer. 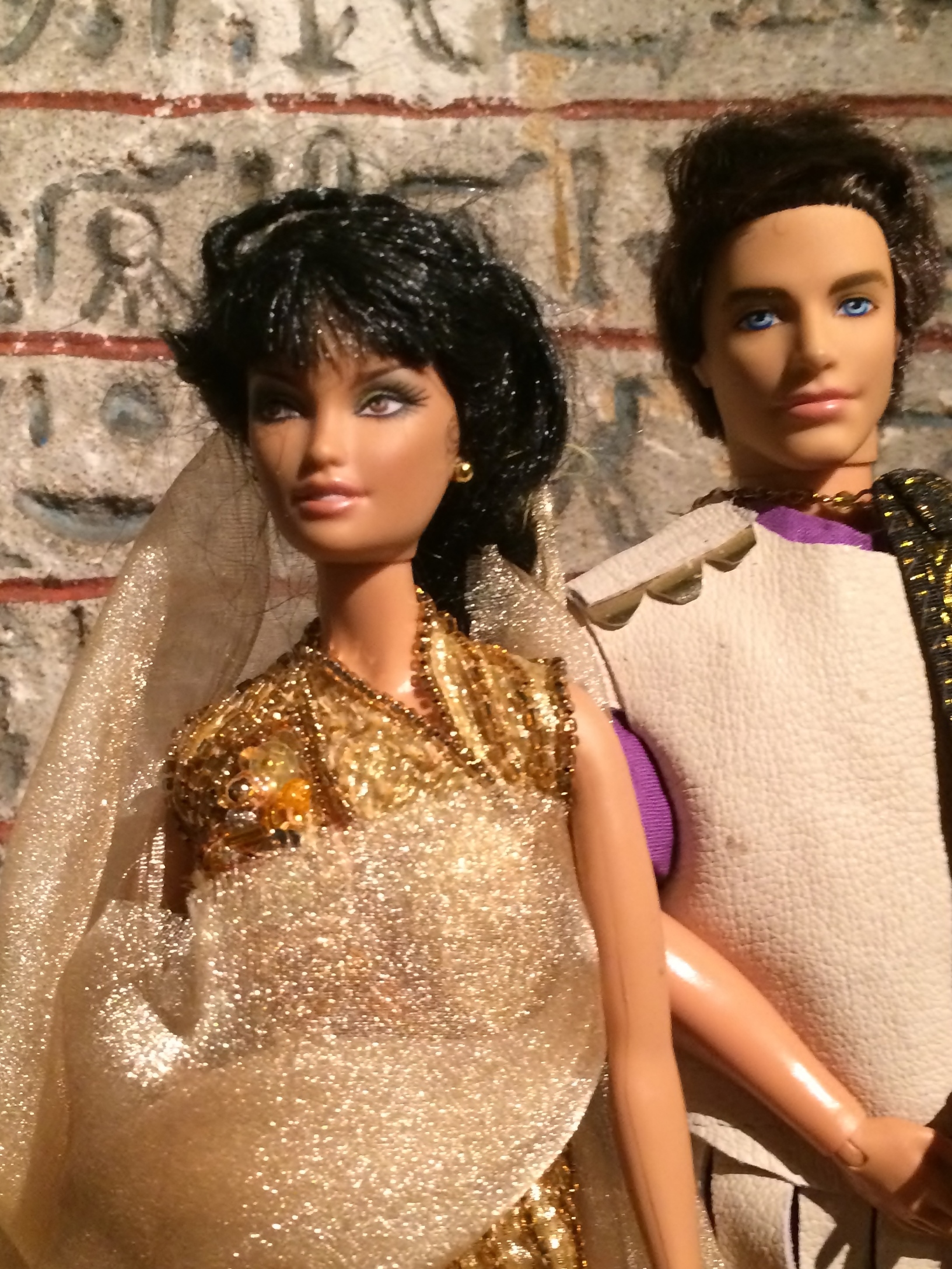 In 30 BC Octavian, after the victory over Anthony at Actium, Octavian invaded Egypt. Anthony committed suicide. Cleopatra sill thought she could win over Octavian to her side. For their meeting, in an attempt to dazzle Octavian, she dressed herself in shining gold as befits the queen of Egypt. Octavian was not bedazzled. Neither could Cleopatra outwit him. Desperate, she also committed suicide. The suicide scene with the vipers is too offensive to be shown here.