The Many Dresses and Faces of Scarlett O’Hara 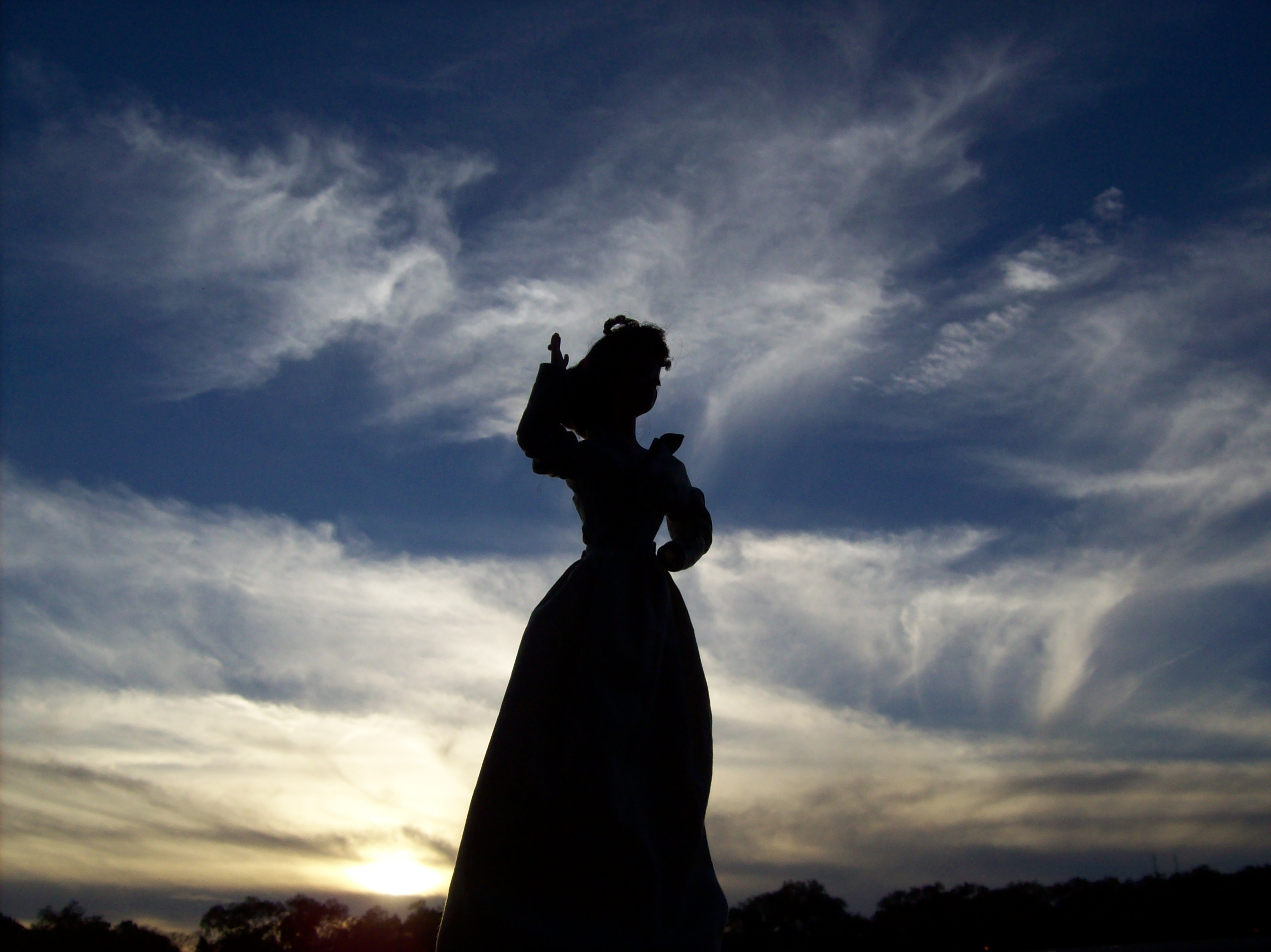 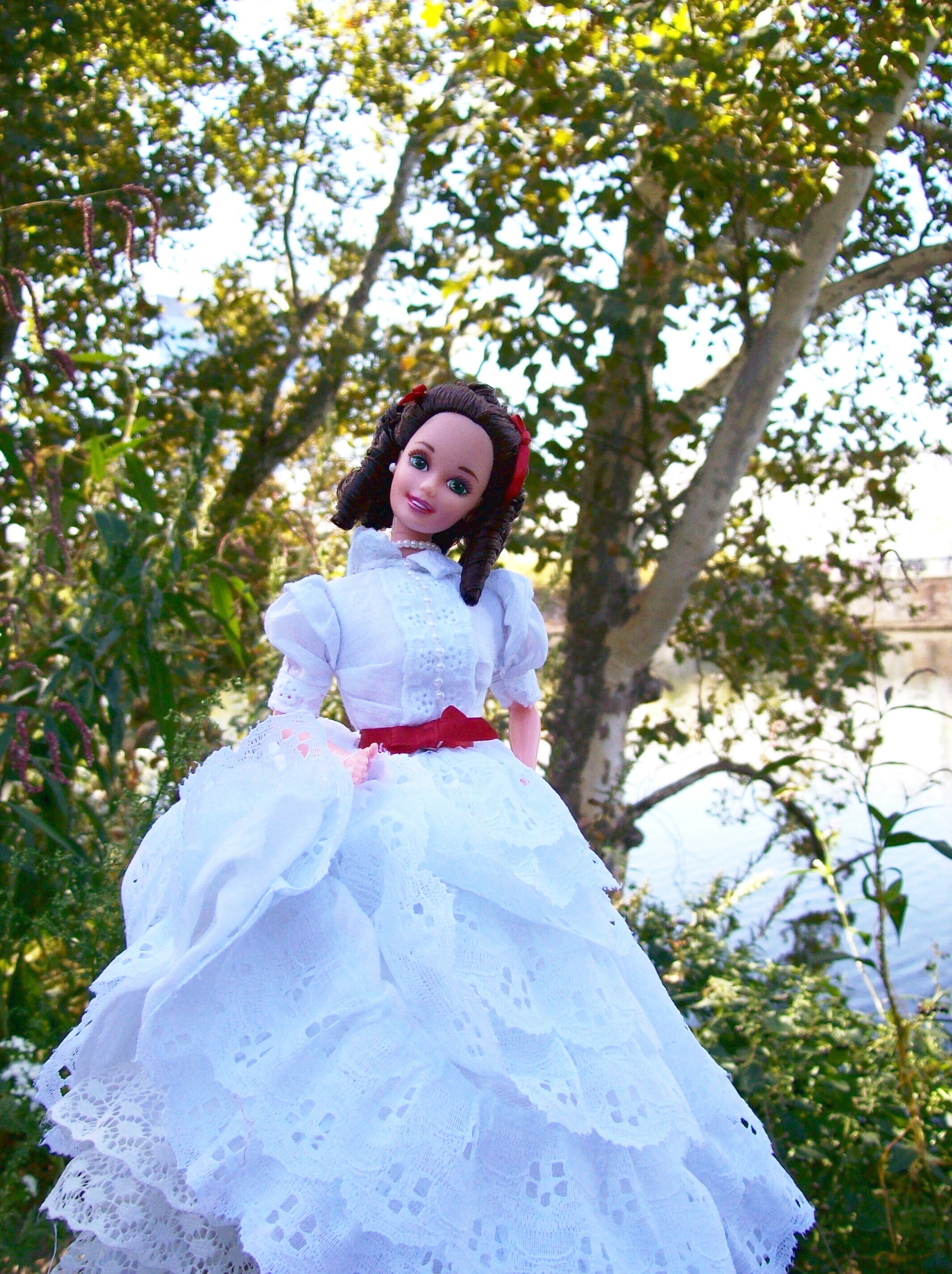 White, ruffled dress in the opening scene of the movie. 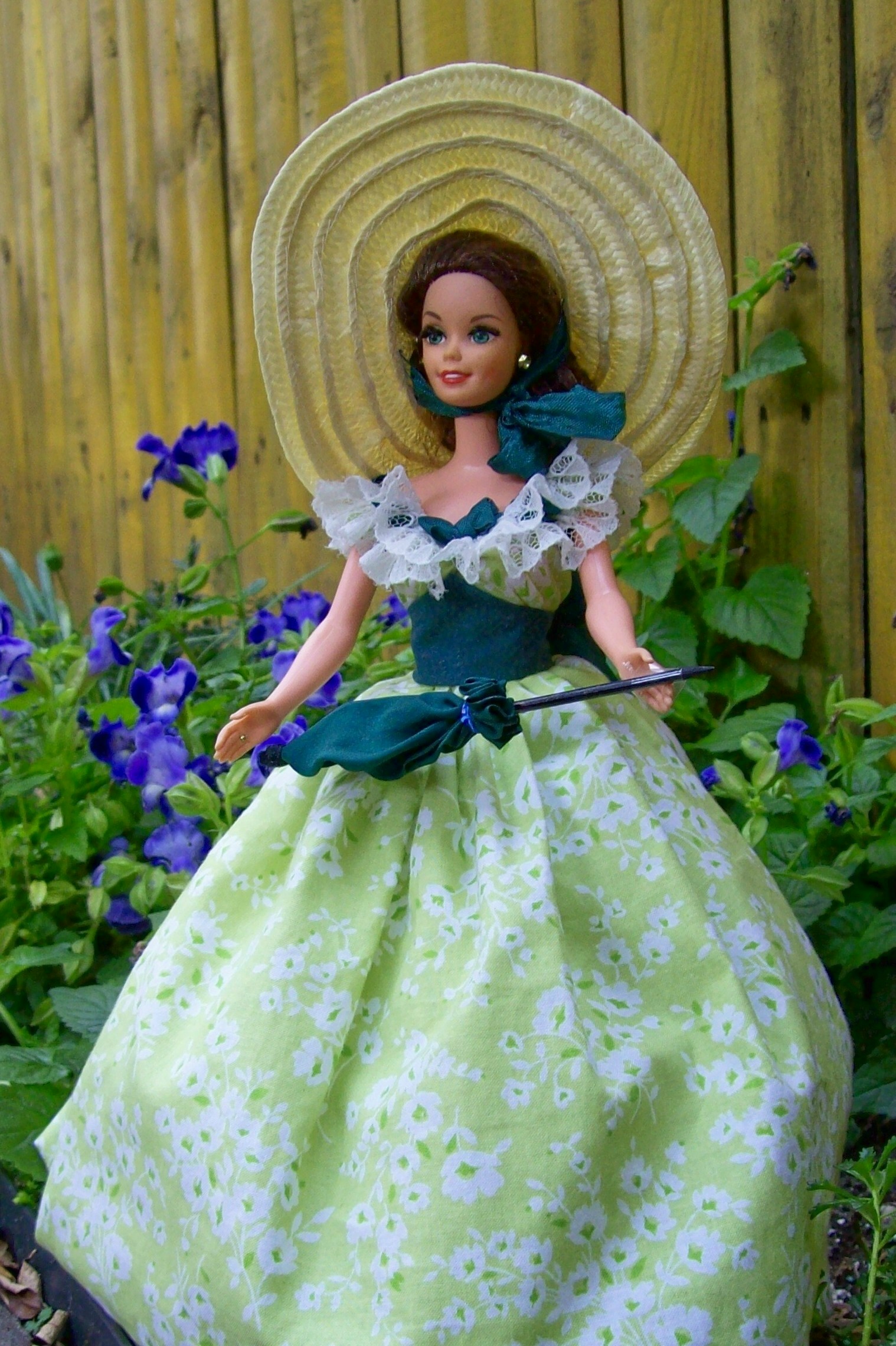 In the movie this dress is white muslin with green print.  The colors are reversed in this recreation but the daring decolletage is the same. 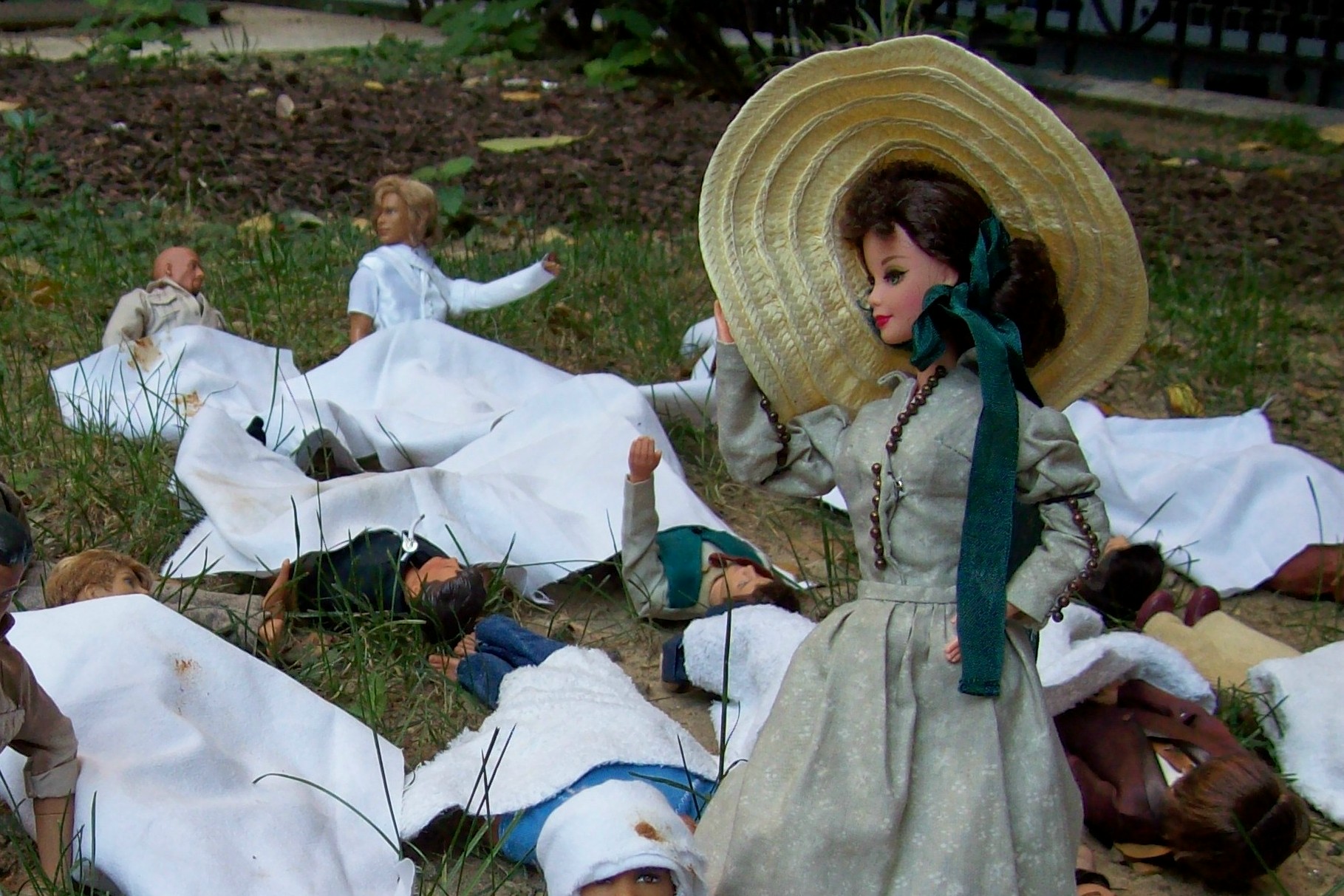 The simple, everyday dress in the Civil War scenes. 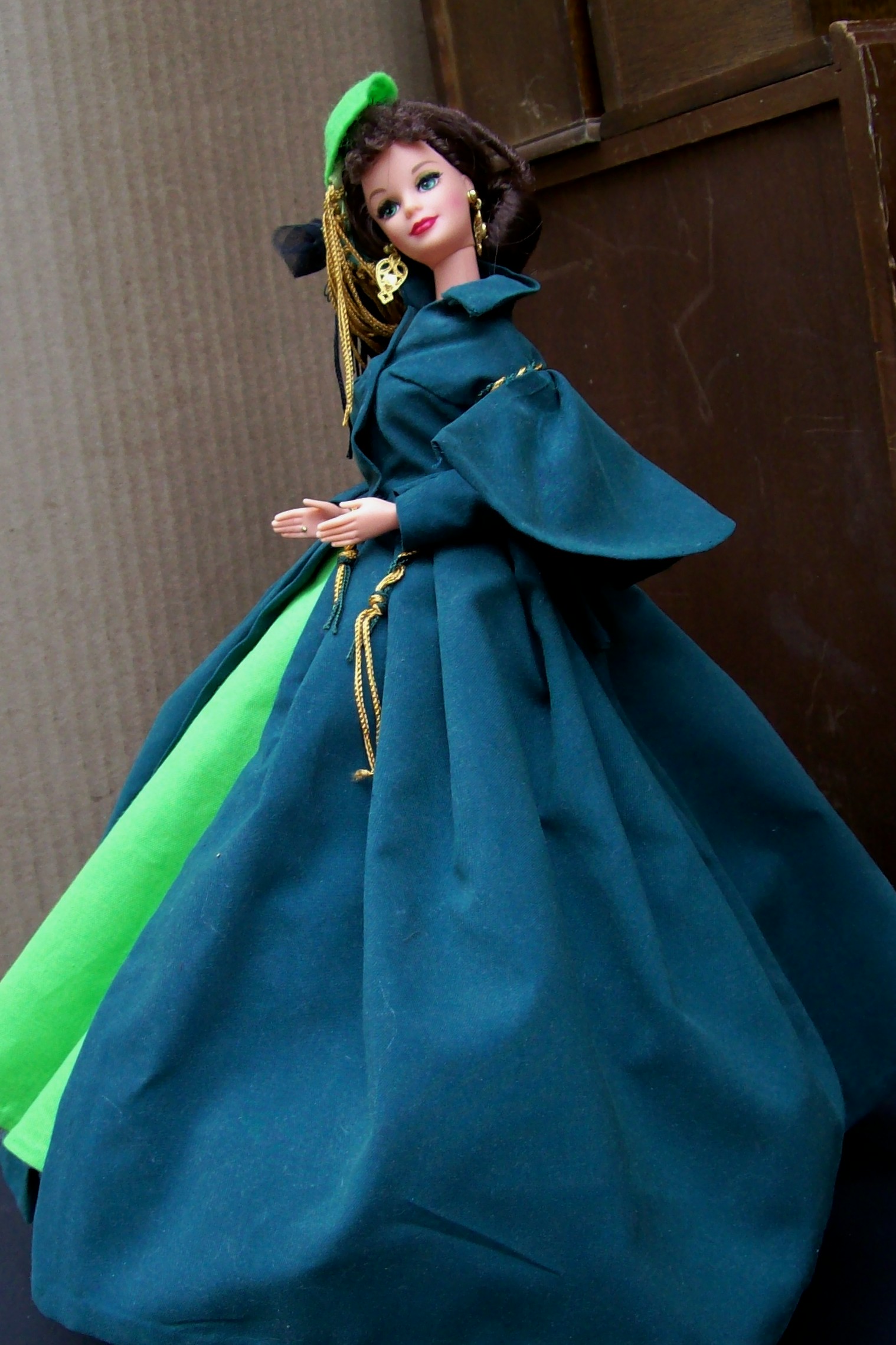 The curtains at Tara were used to make this dress. 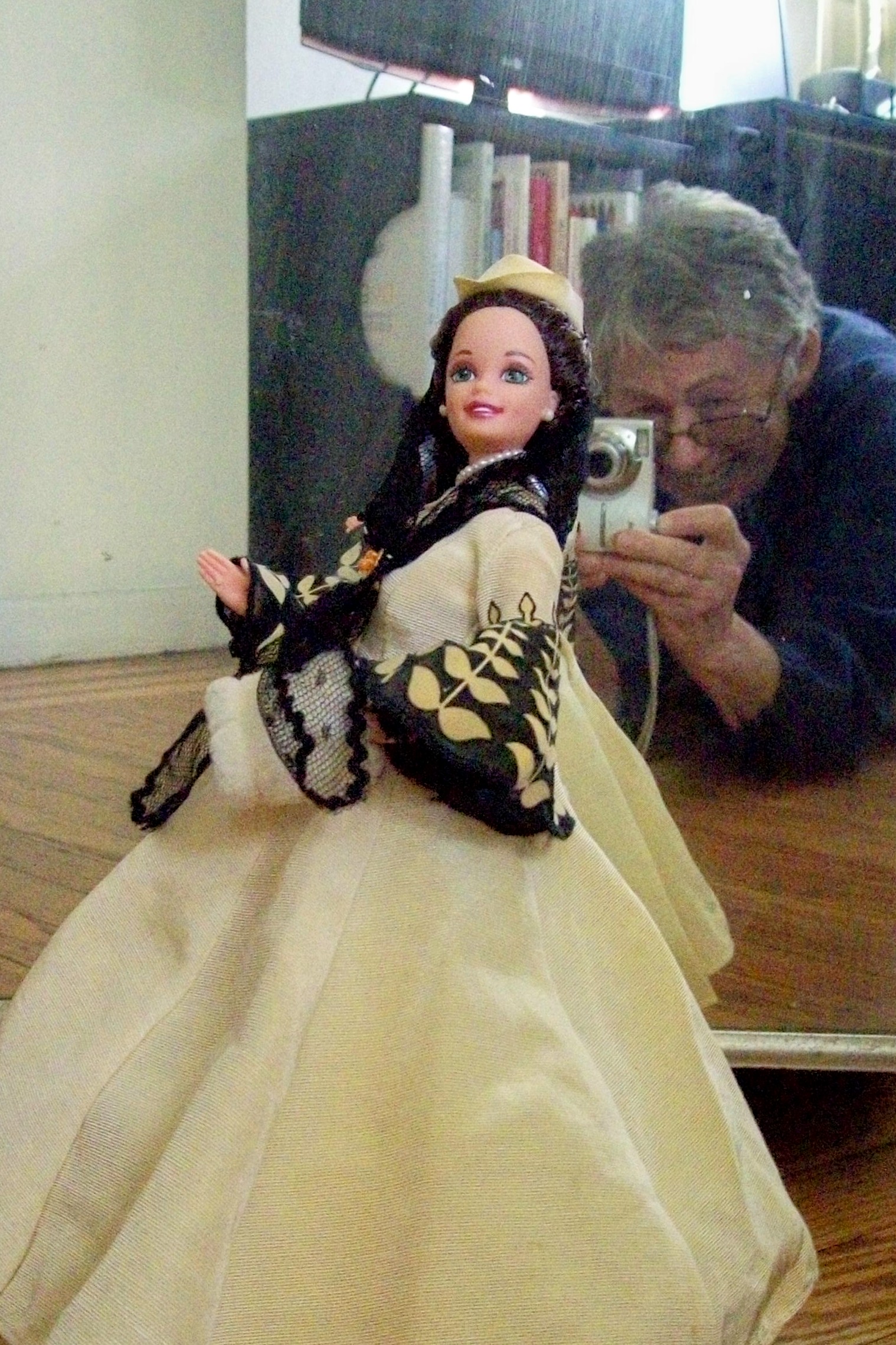 One of the lavish dresses Rhett bought for Scarlett on their honeymoon. This dress is Mattel’s. 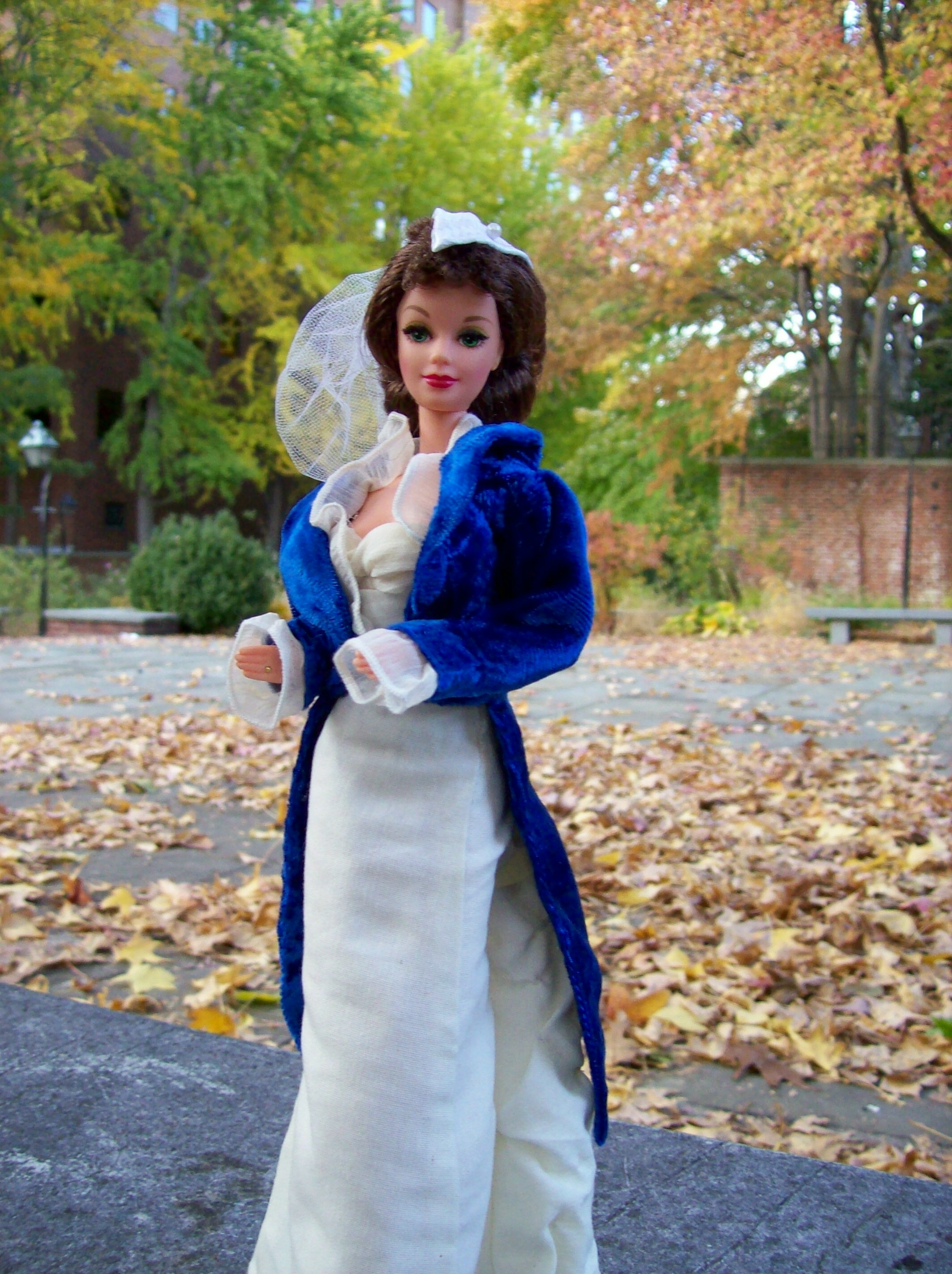 The dress in which Scarlett made Ashley forget himself. 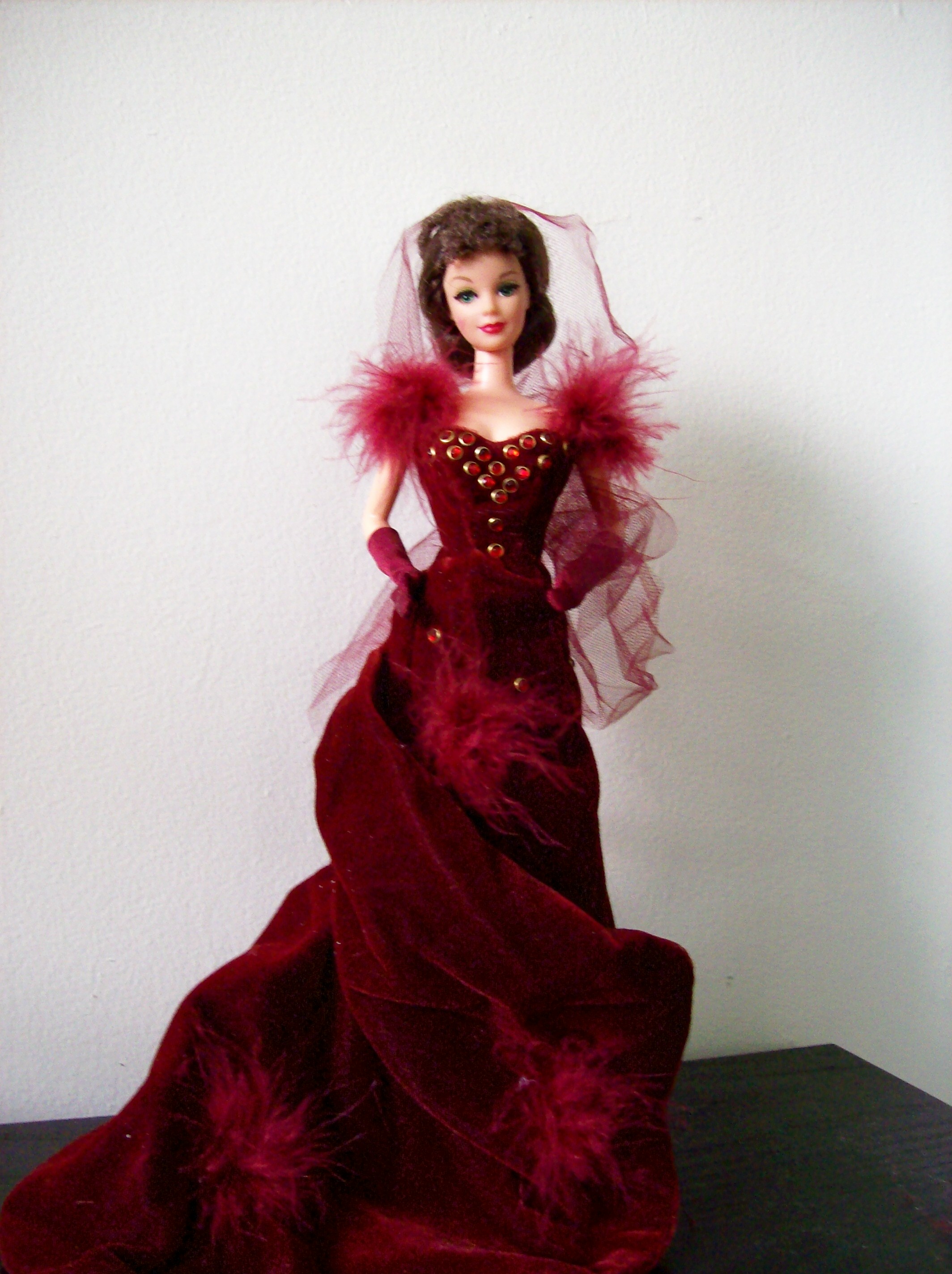 The burgundy dress made by Mattel. 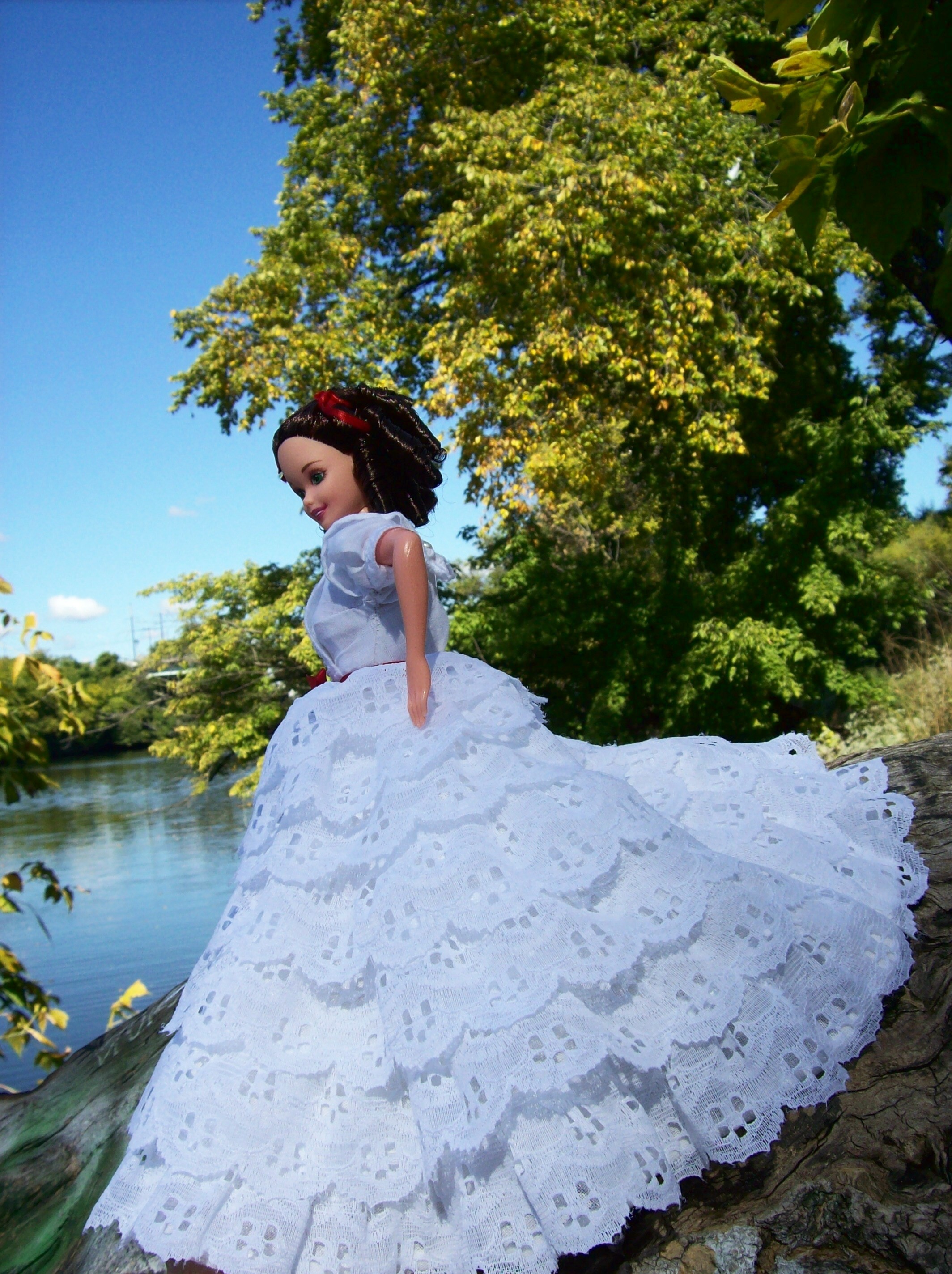 Scarlett is upset. She is running away from the Tarleton twins to digest in solitude the news of Ashley’s engagement to Melany. 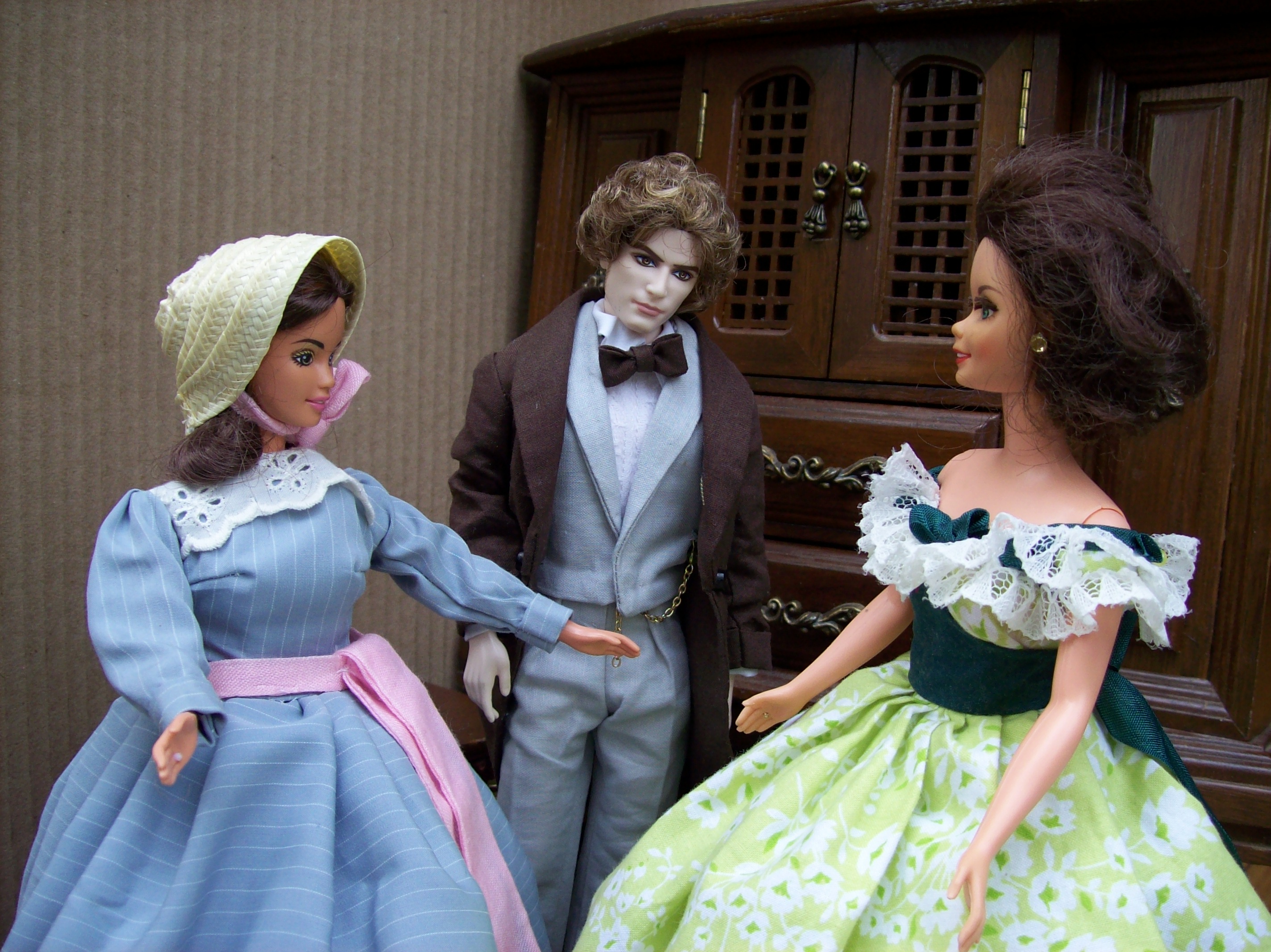 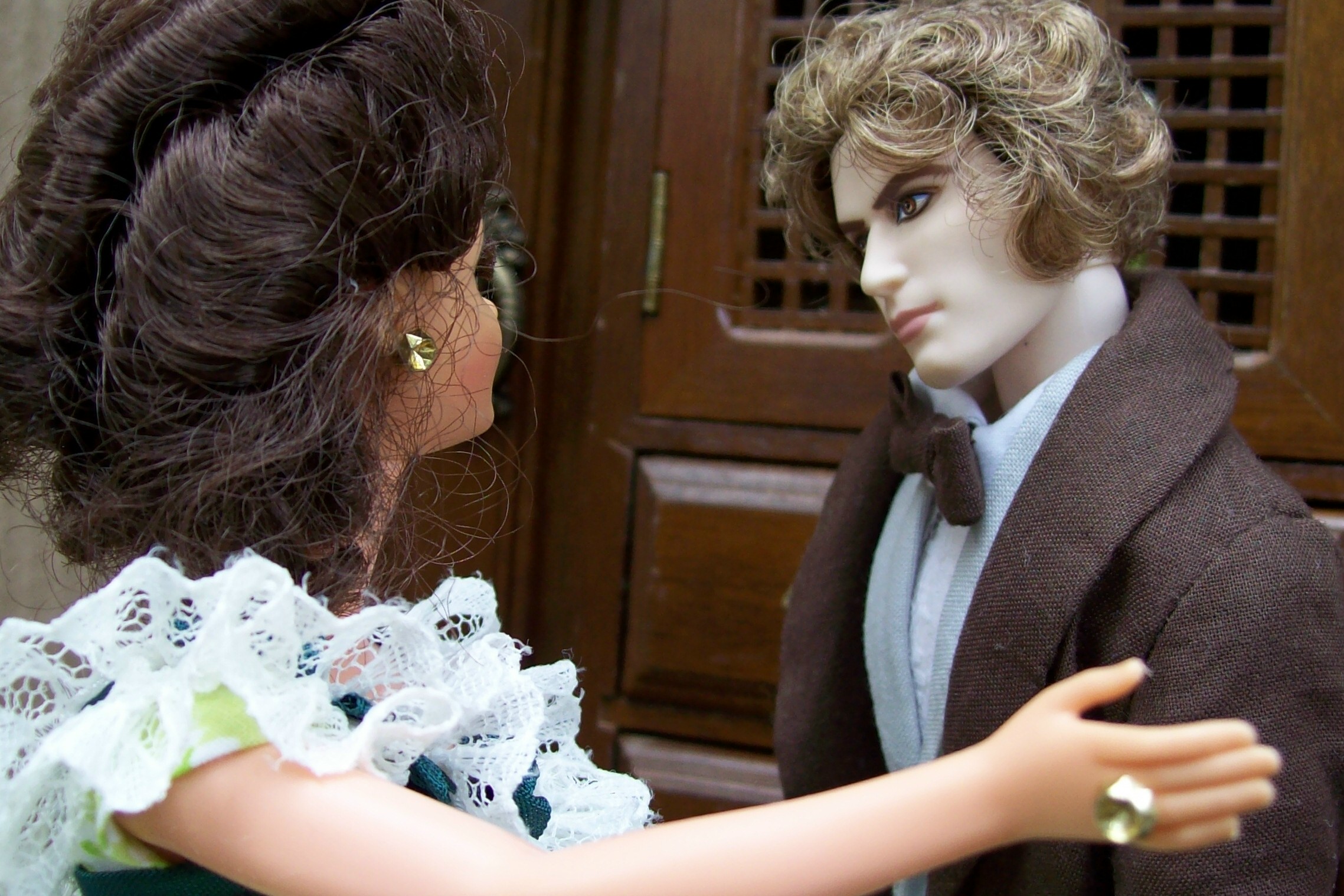 In the first of the many Ashley-oh-Ashley scenes, Scarlett slaps Ashley. 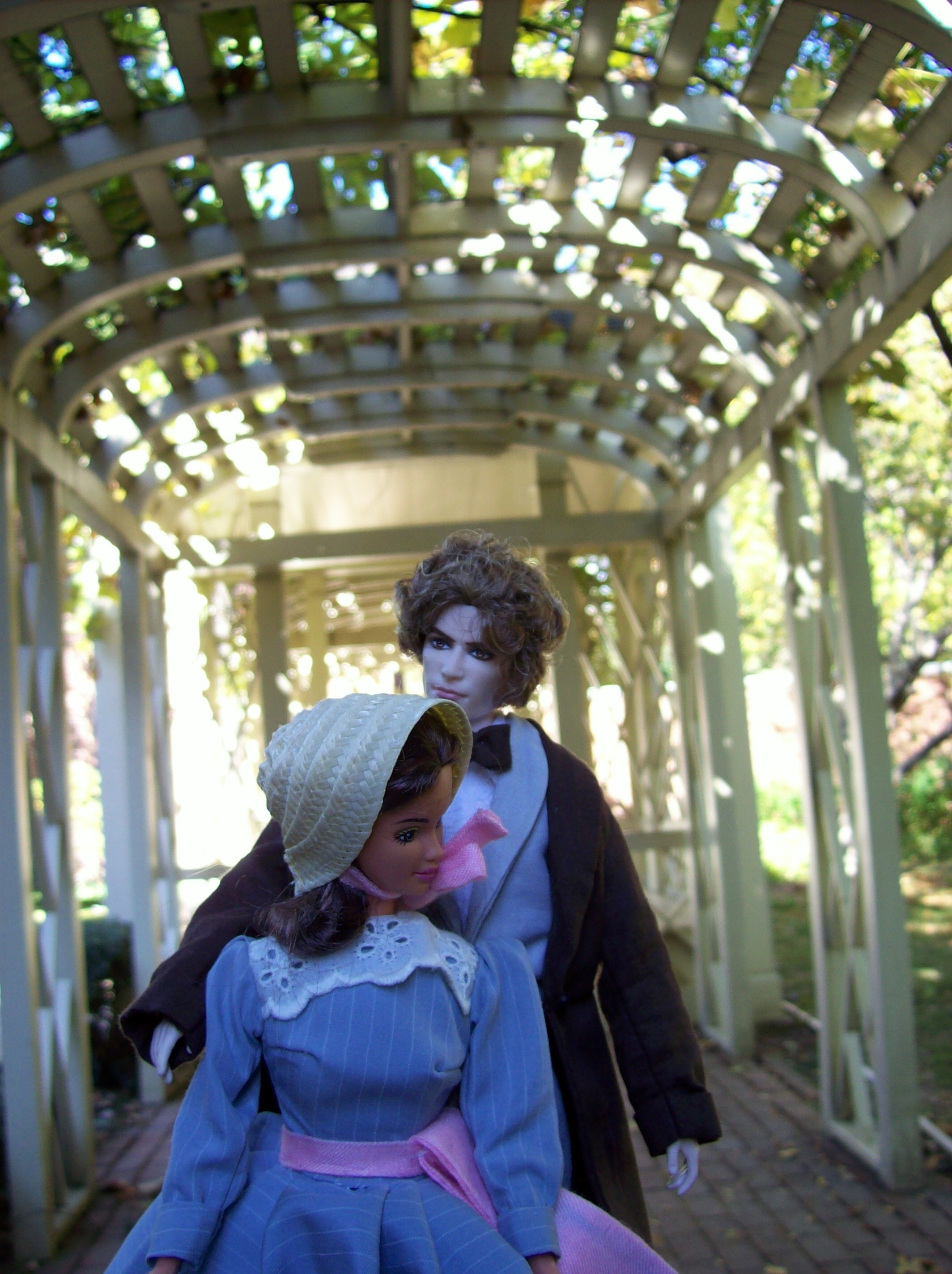 Melany and Ashley go so well together. 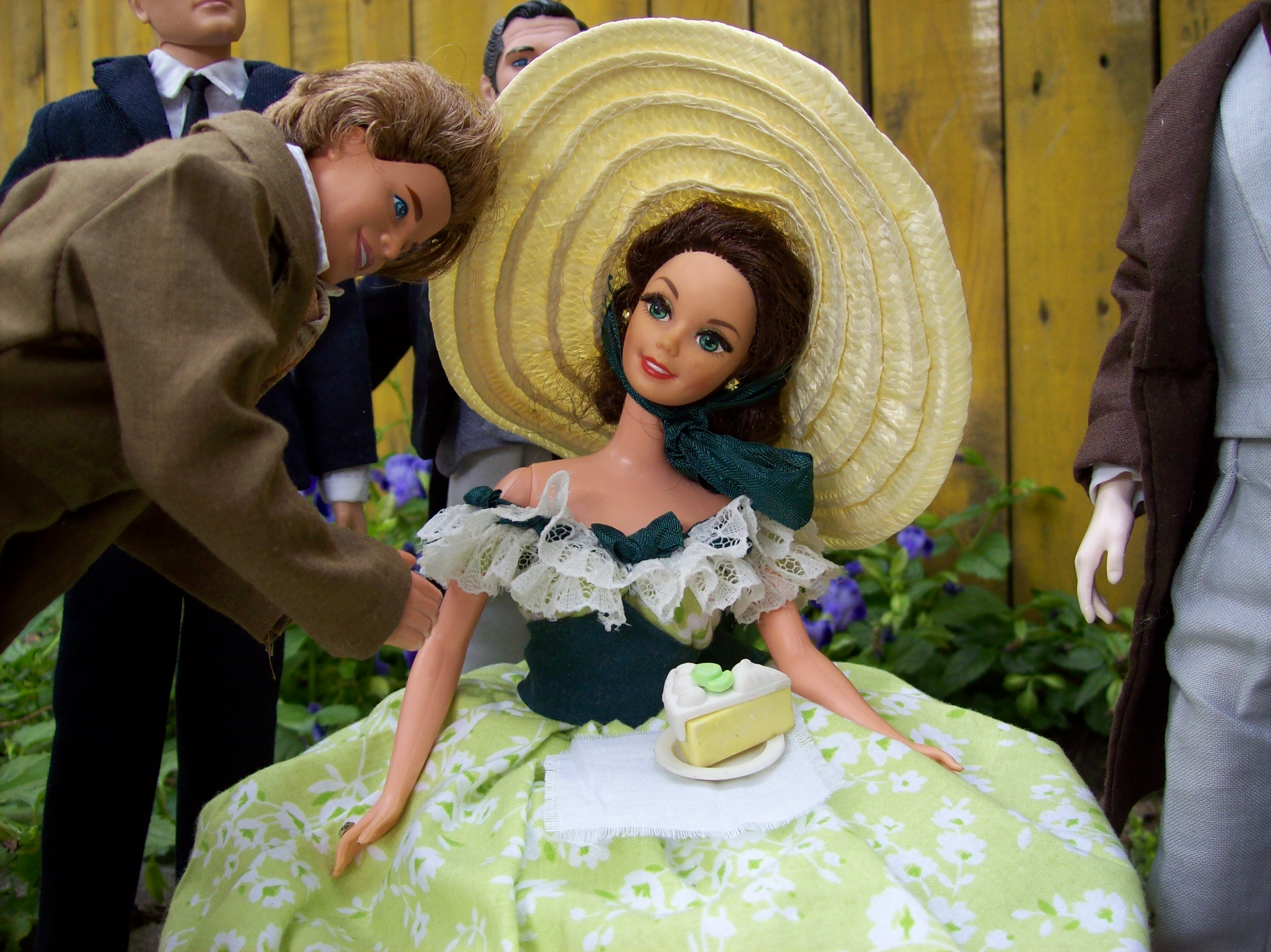 Scarlett accepts a slice of cake from Charles Hamilton. 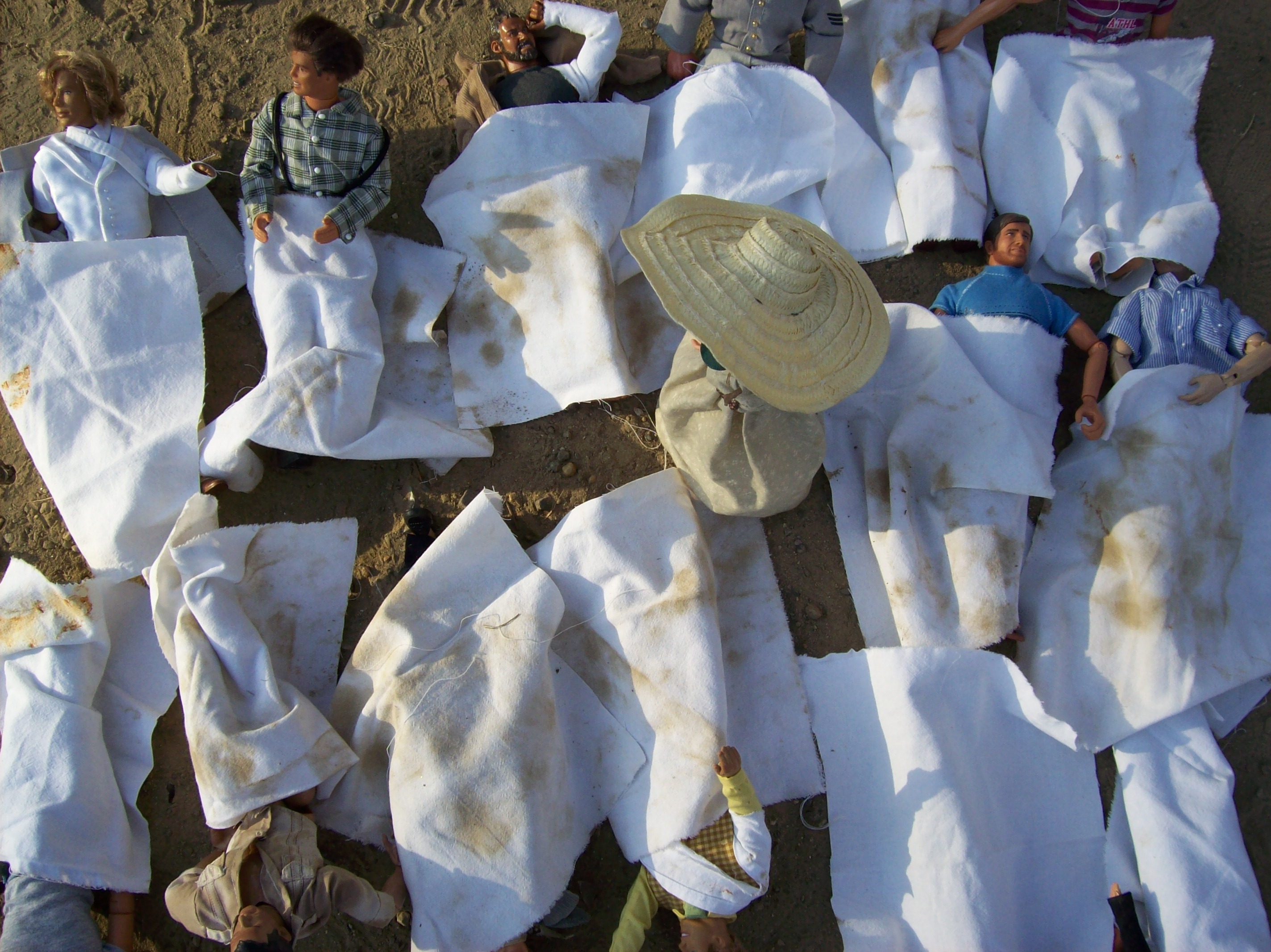 Scarlett among the wounded. 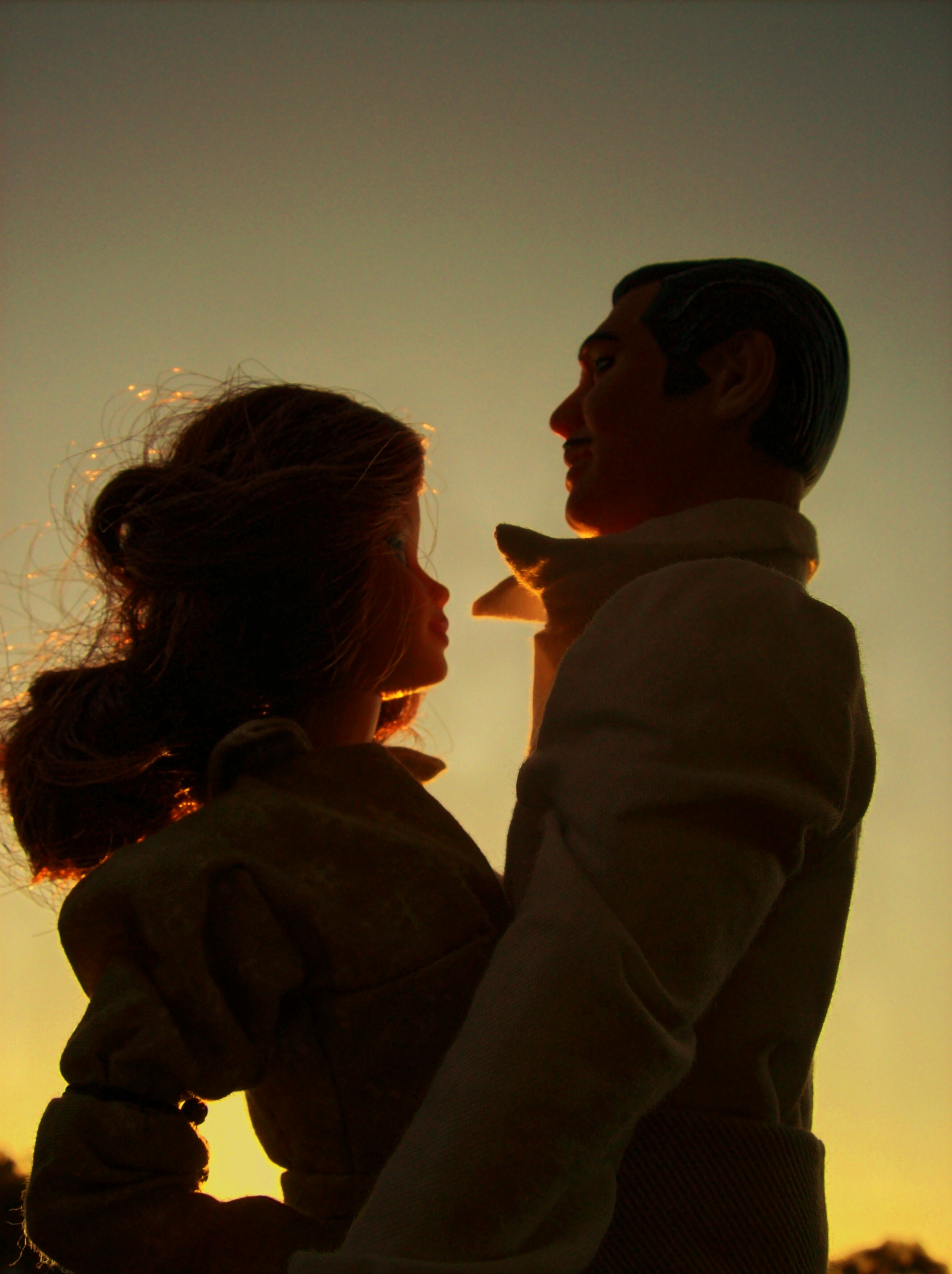 Against the sky lit by Atlanta burning Rhett decides to join the Cause.

“I shall never be hungry again.” 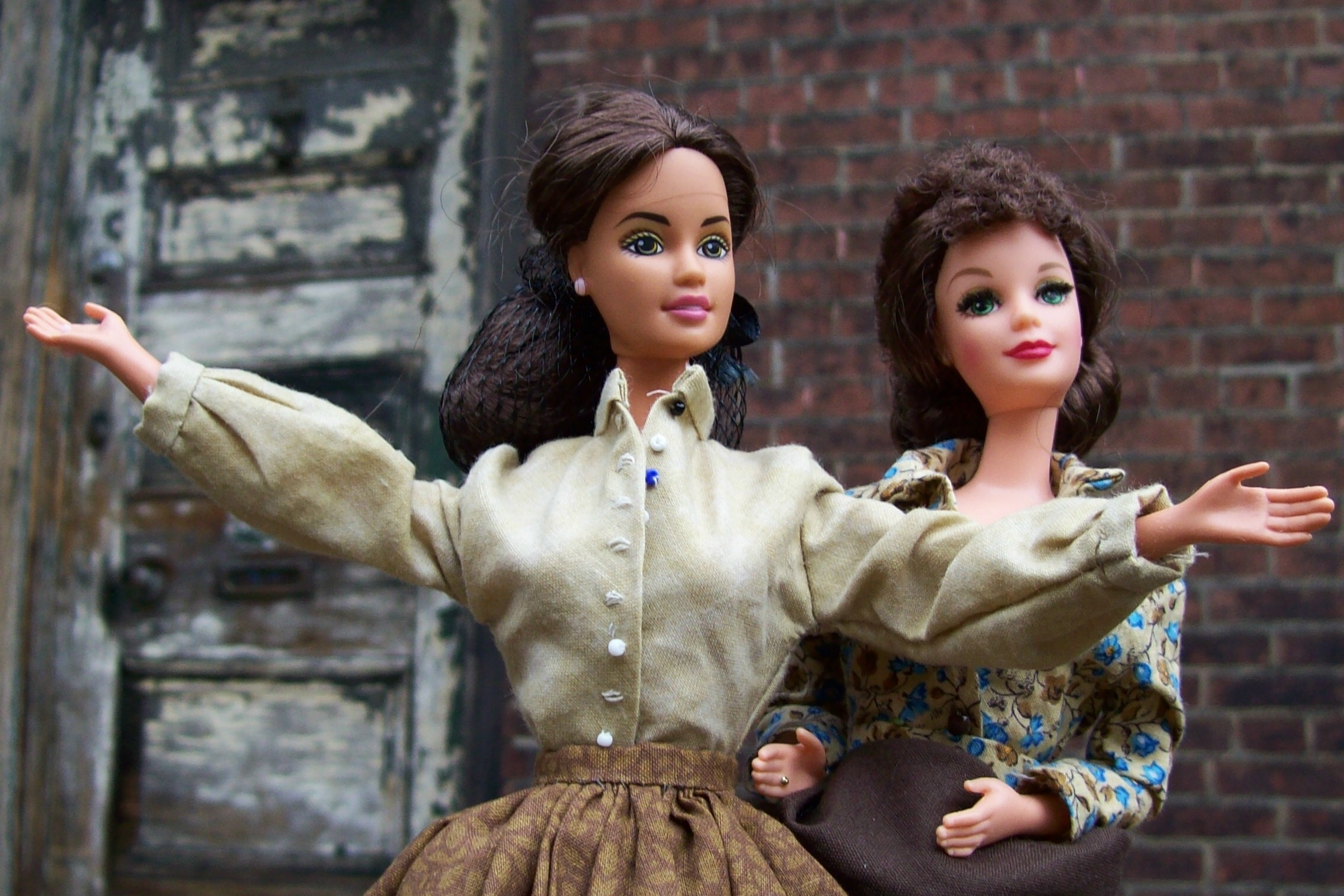 “Another hungry mouth to feed.” says Scarlett but Melany knows it just not anybody, it’s Ashley. 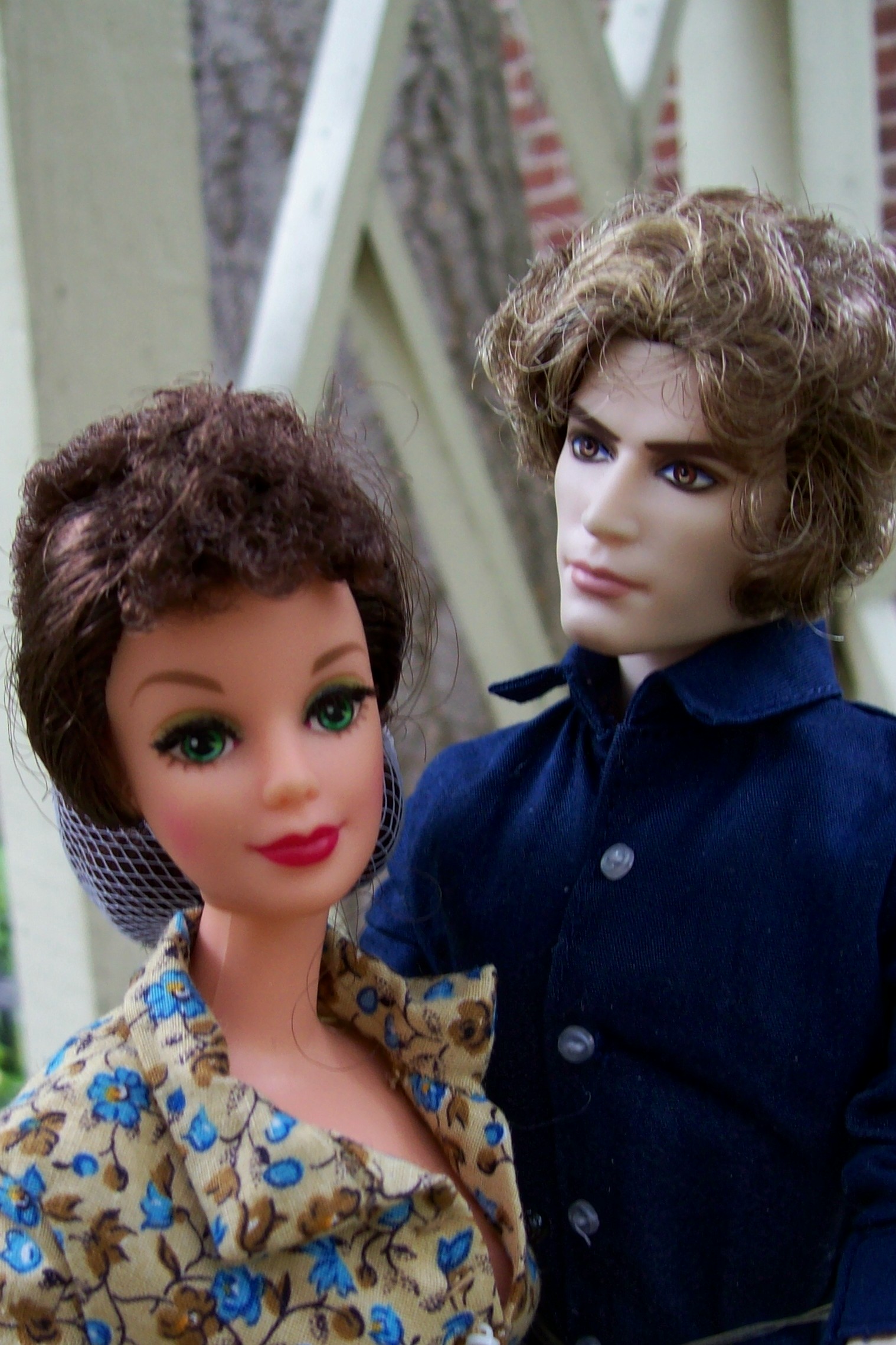 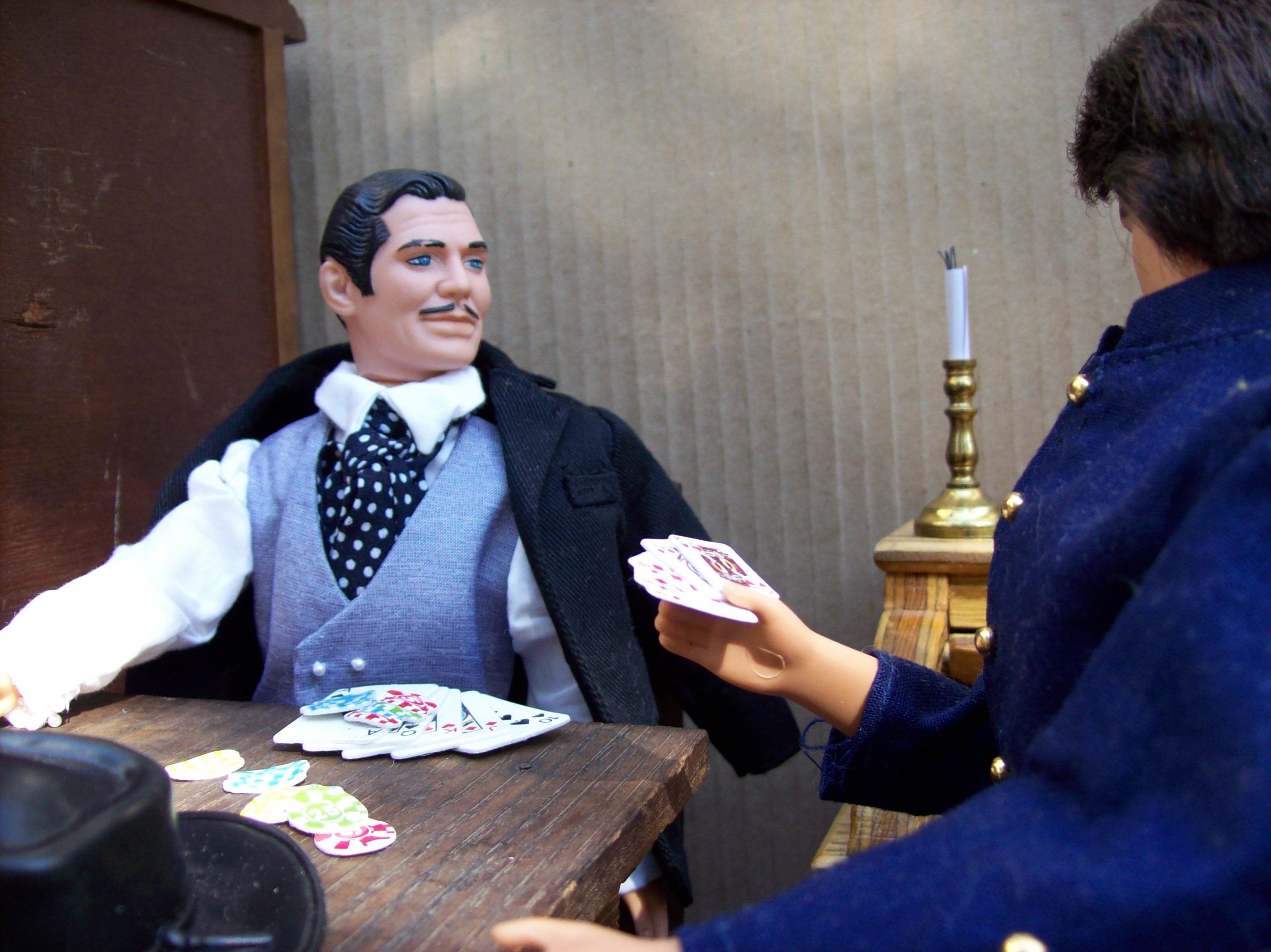 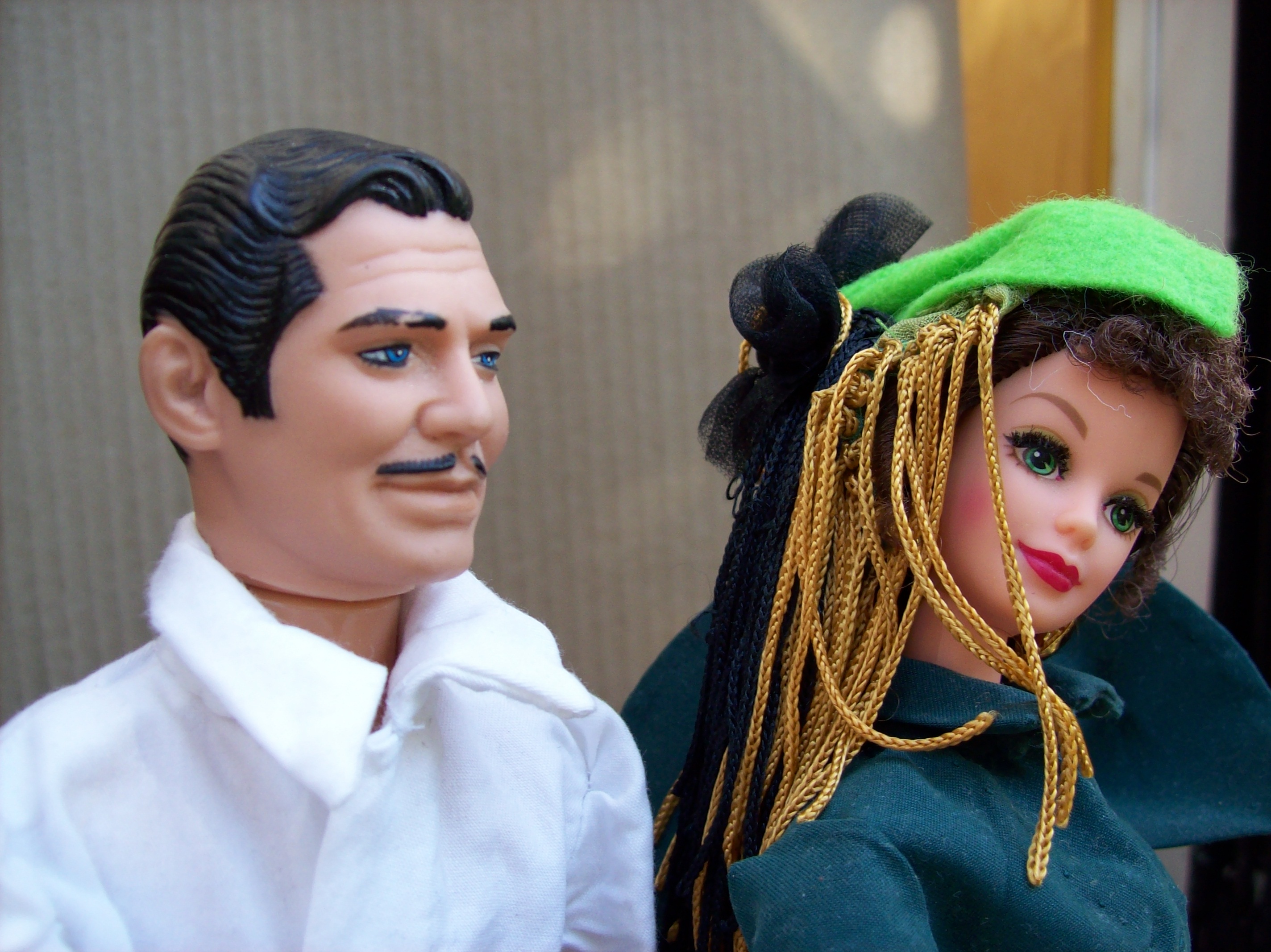 The flirting was in vain. Rhett has no cash. 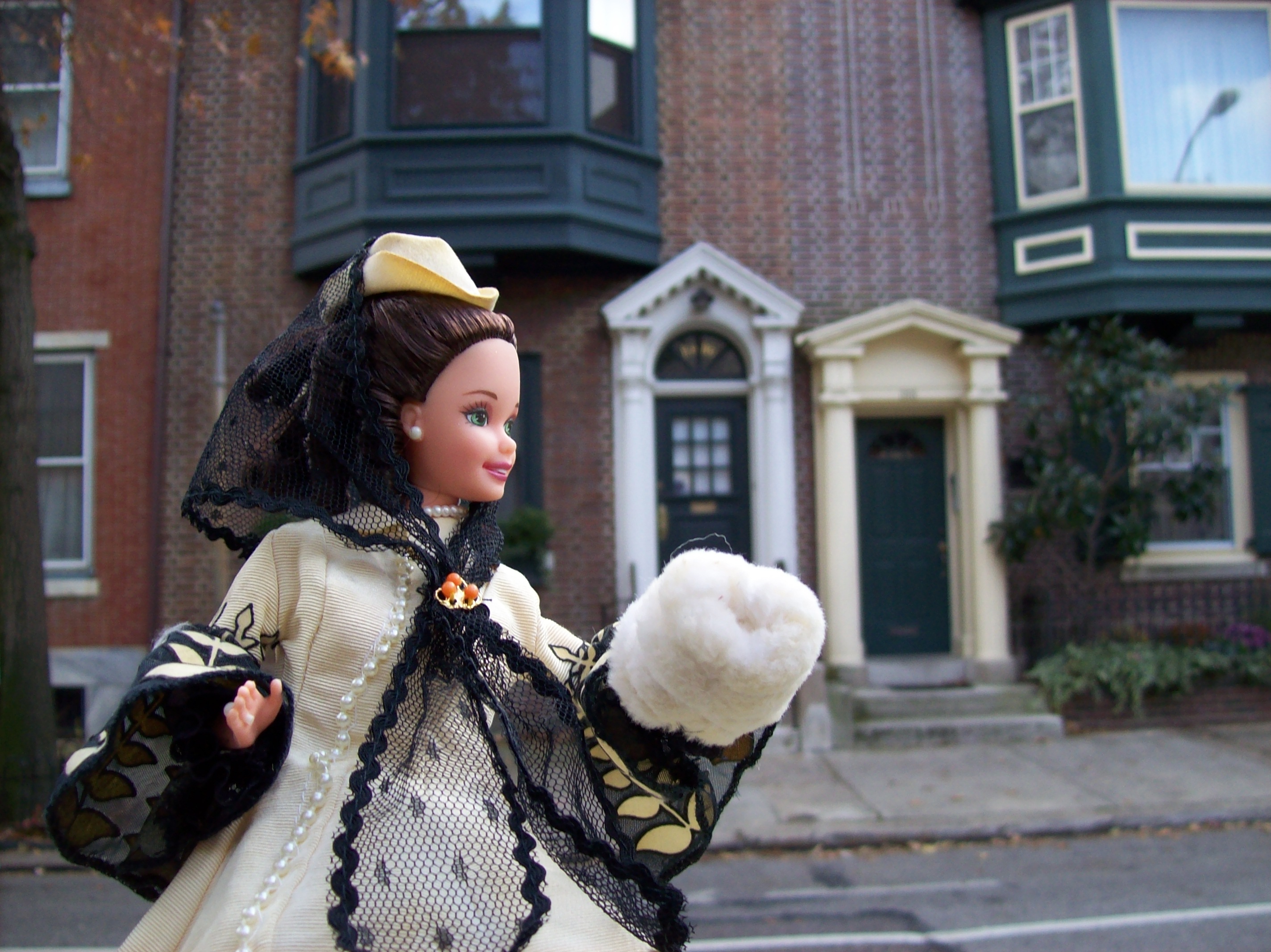 Scarlett on her honeymoon in New Orleans. 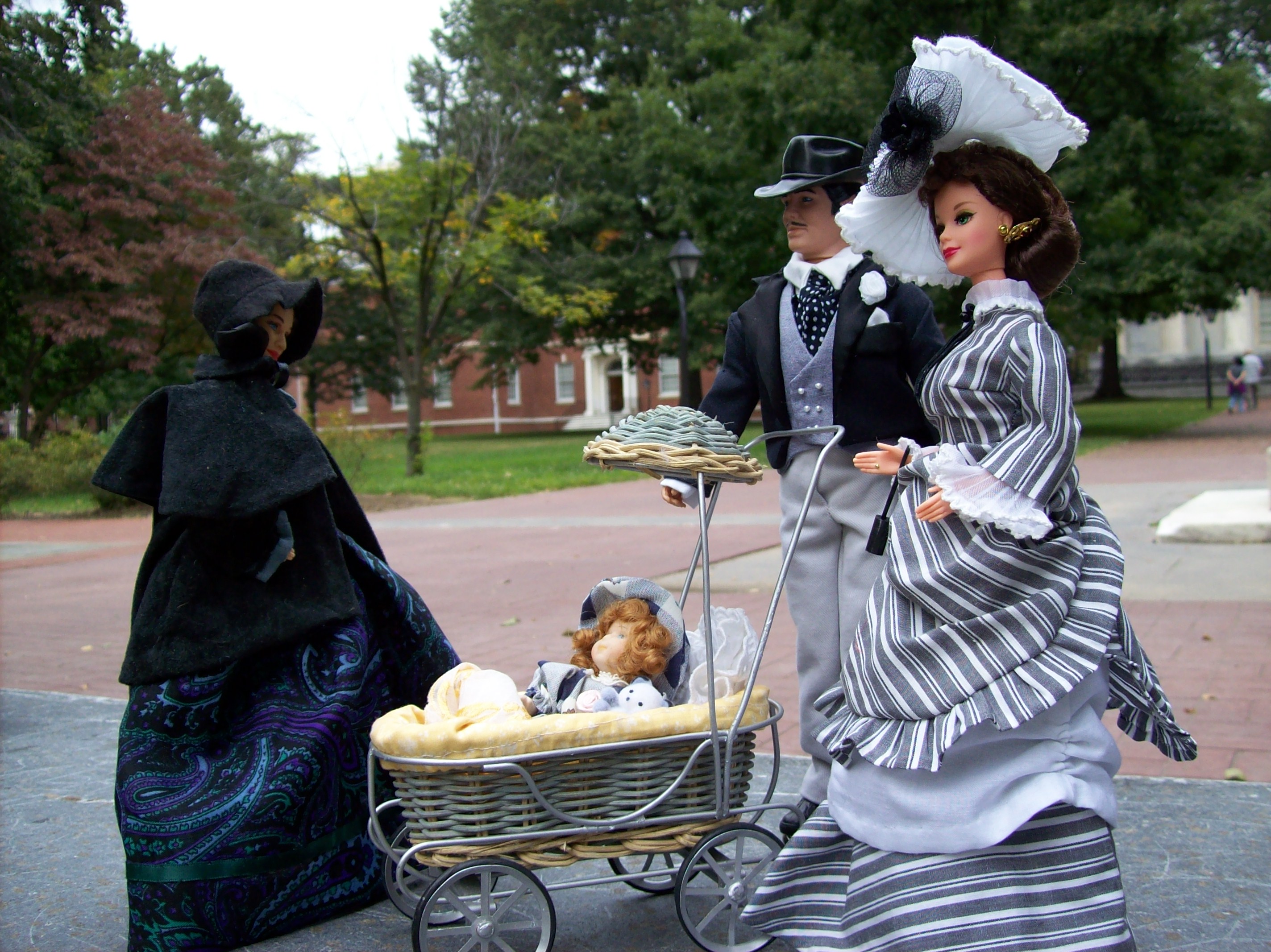 Rhett is doing his best to build up his respectability. He is eager to know how  to stop his daughter from sucking her thumb. Mrs Mead is full of good advice. Scarlett shows no interest whatsoever. 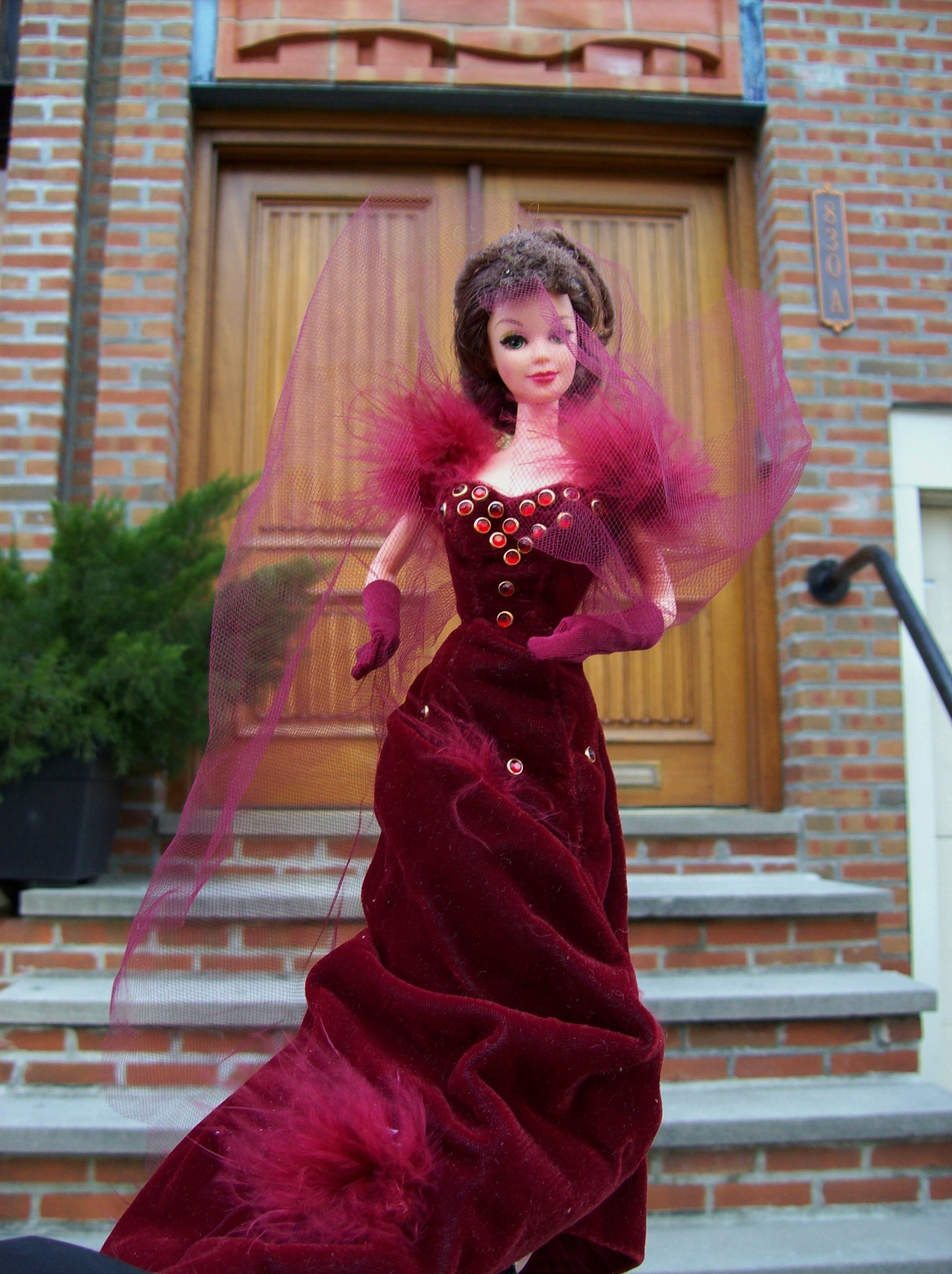