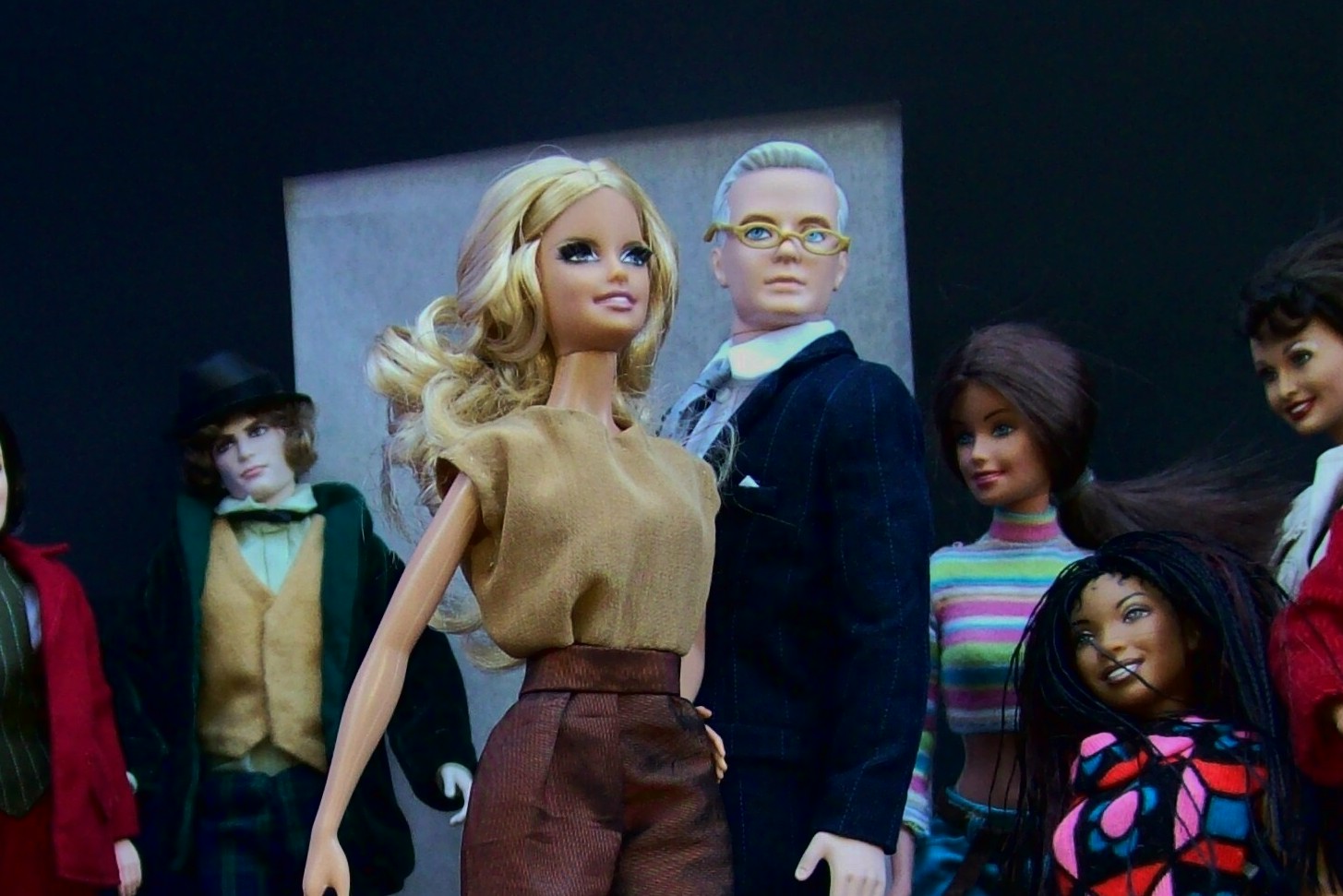 This episode was never seen on TV. 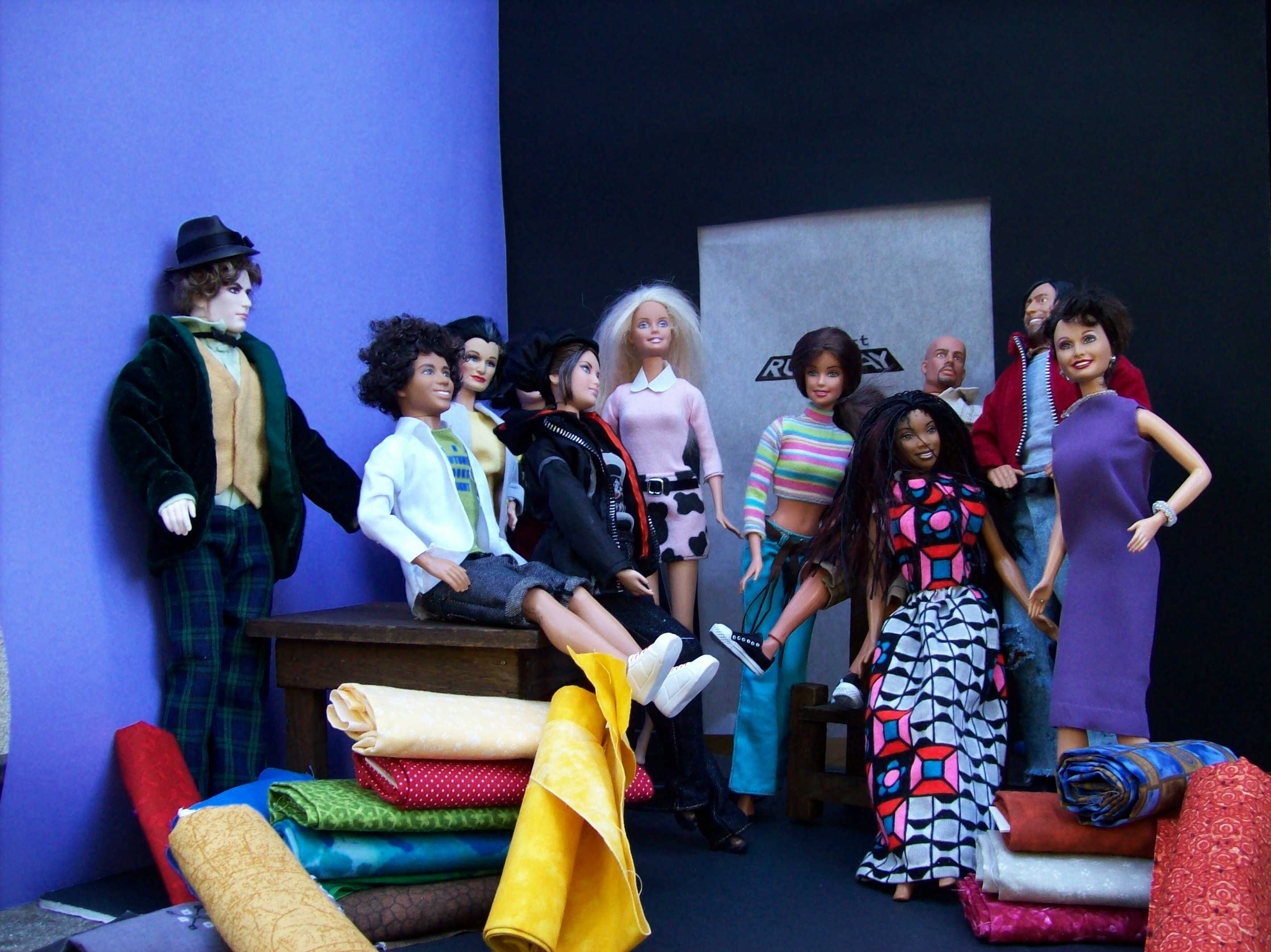 The contestants in this made-up season pose with choice fabrics bought at  Mood’s. 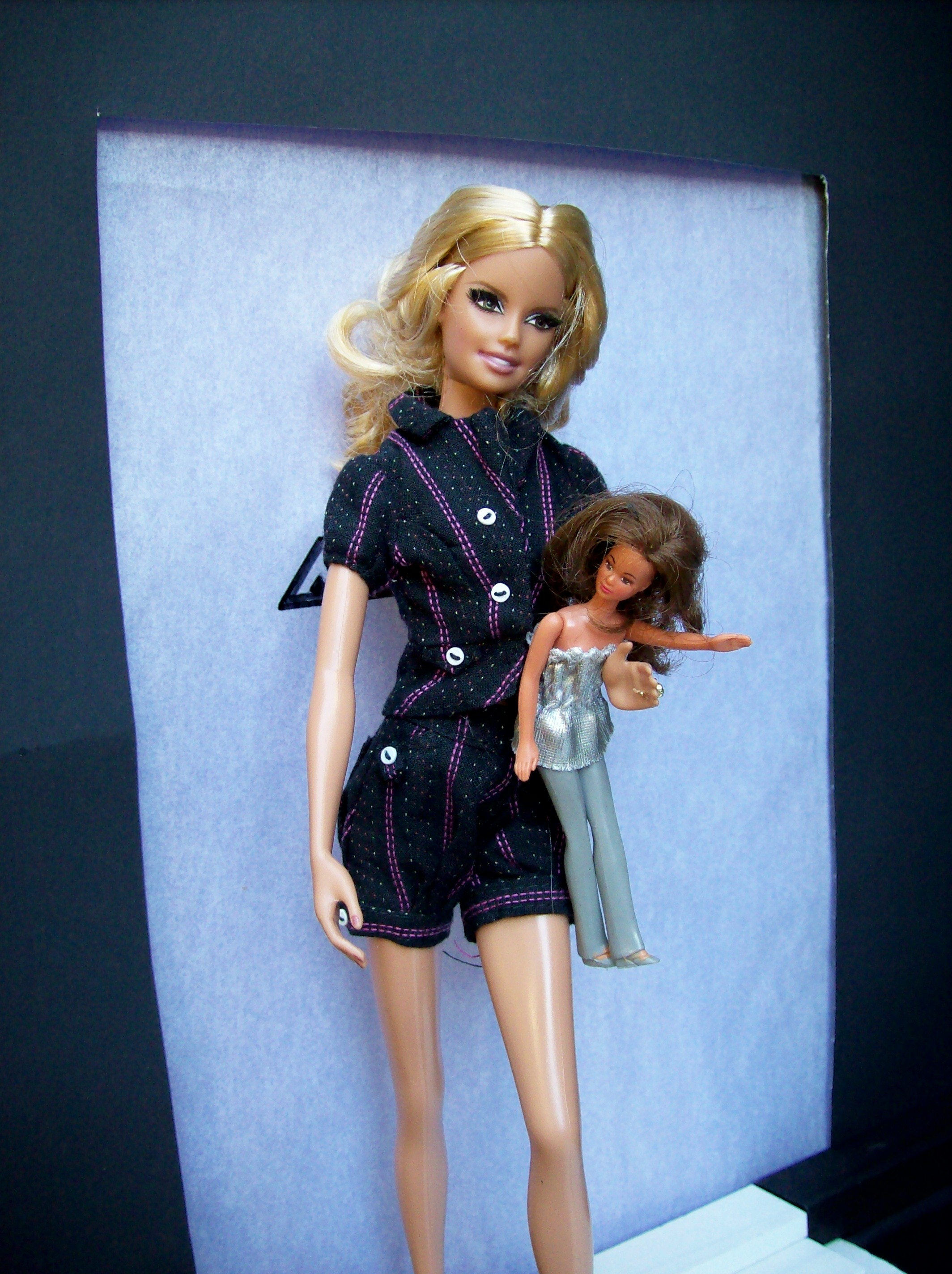 Heidi tells the designers that their new challenge is to create a fabulous outfit for a doll celebrity –  for Barbie. 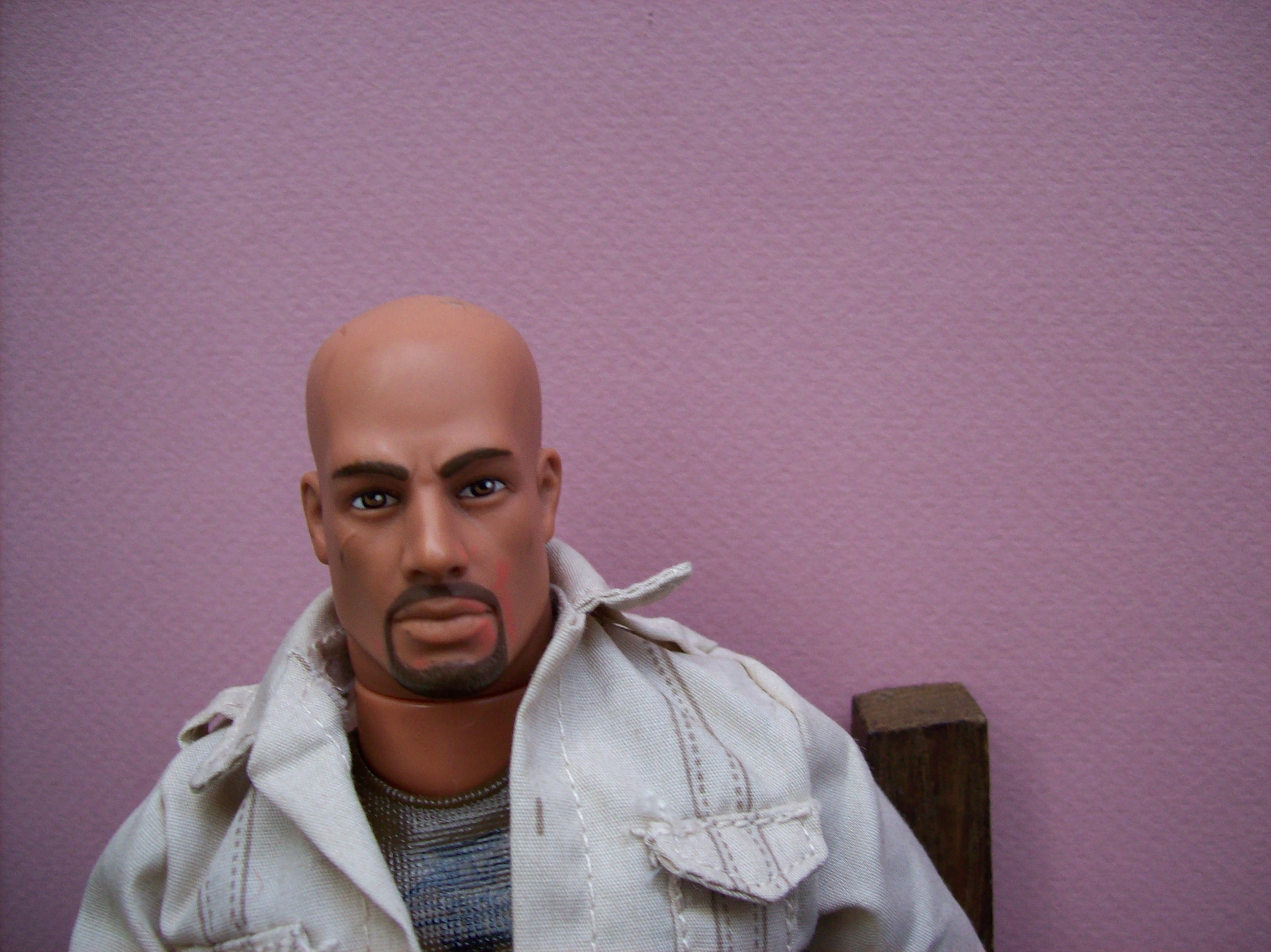 This desinger is very despondent. He says: “I ‘ve never thought I’d have to dress a Barbie doll!.” 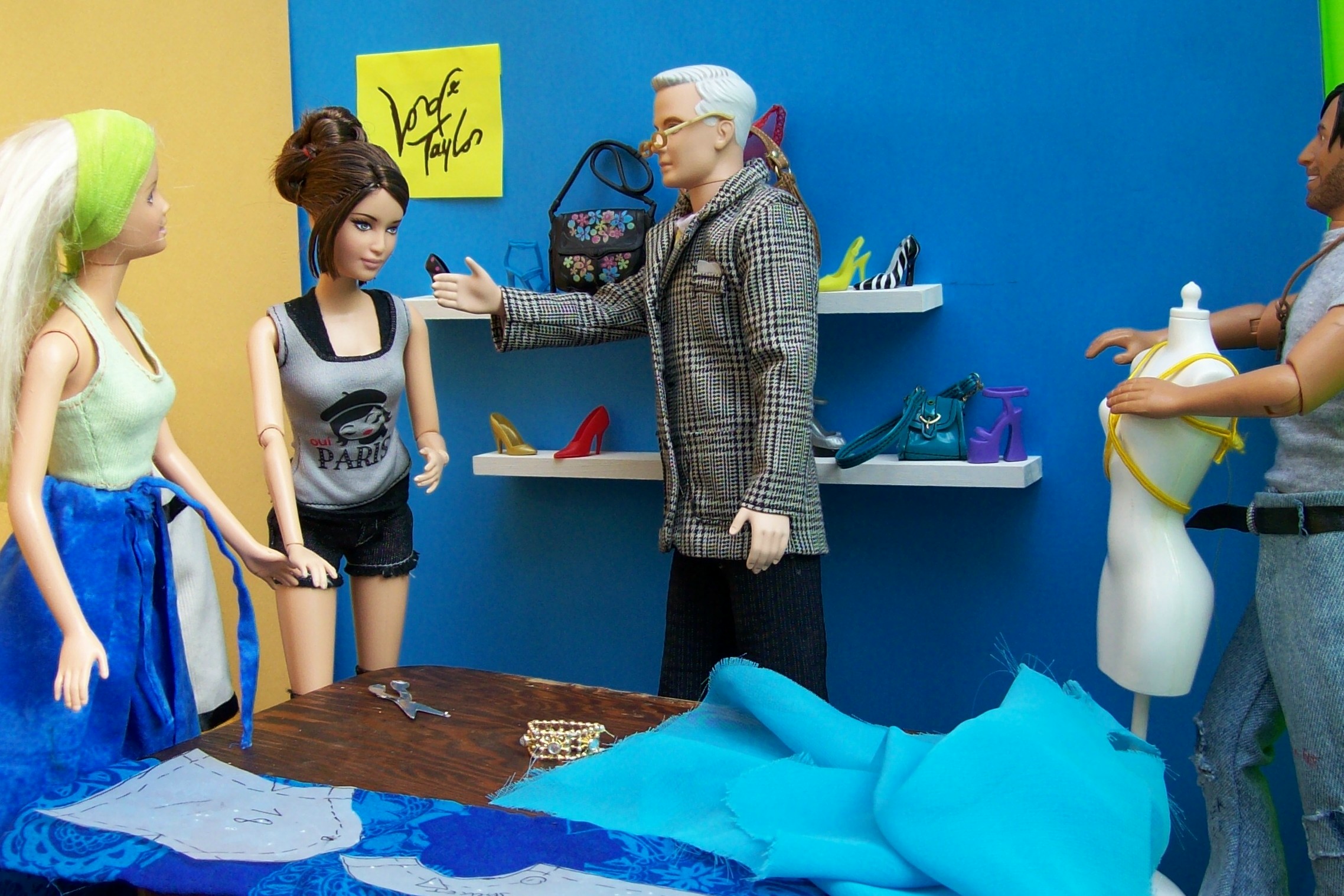 Tim Gunn inspects the work in progress. He listens to the ideas  of the designers and encourages them saying: “Make it work”. 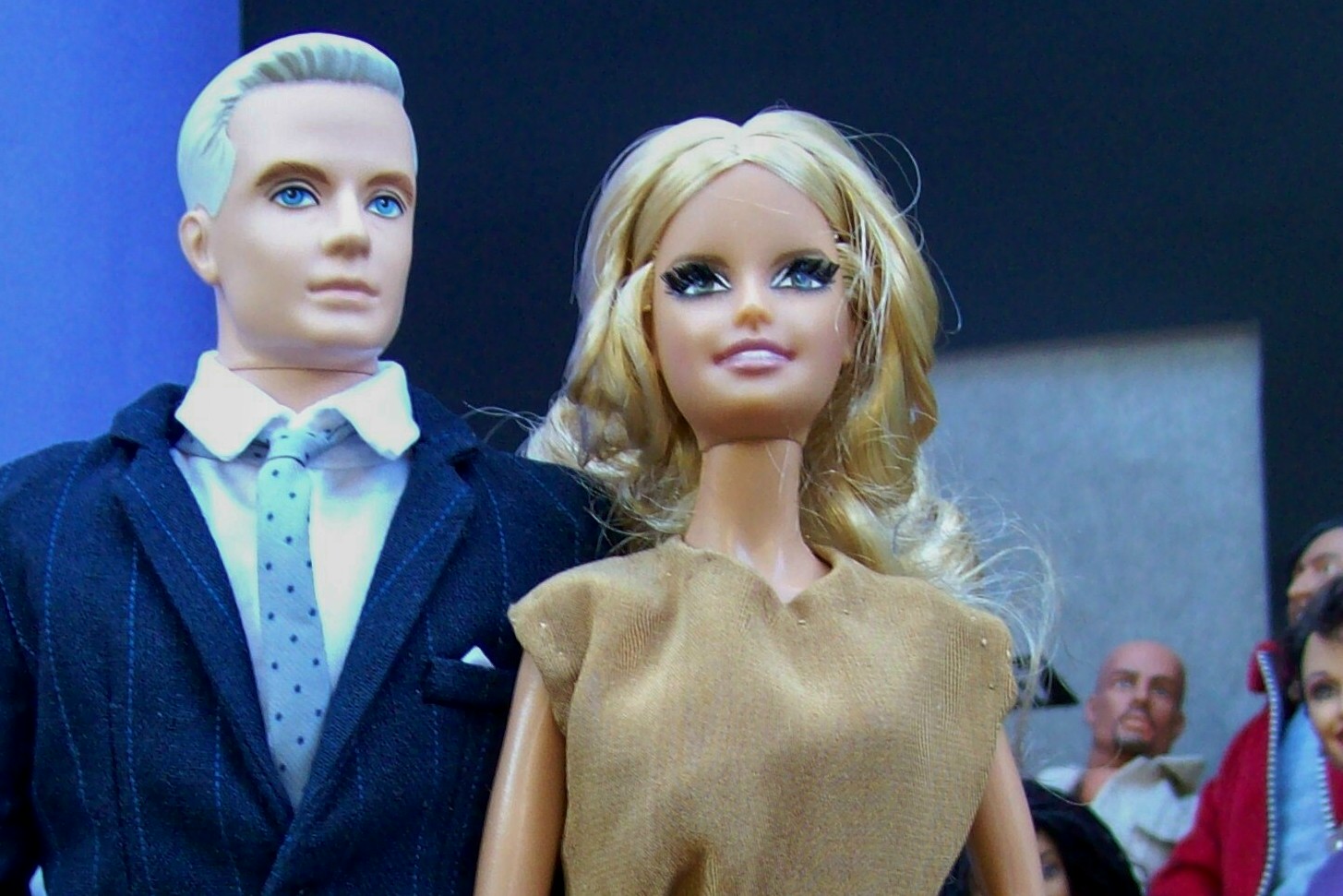 Heidi comes when least expected to tell the designers that they have one more day to dress their models in a way that will complement Barbi’s outfit. 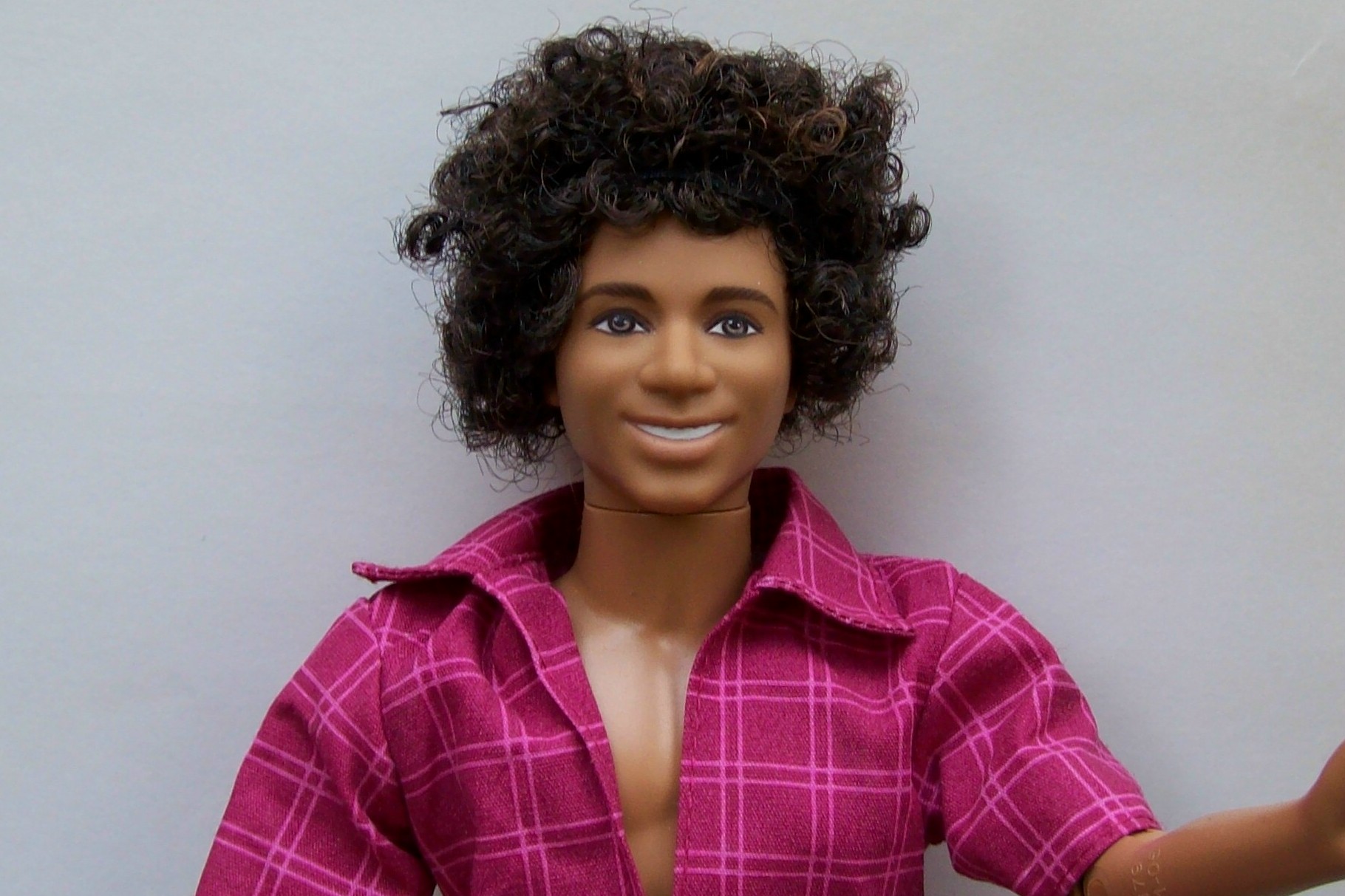 “I am happy that I am given the opportunity to create a more modern and edgy dress than the one I made for Barbie. “ 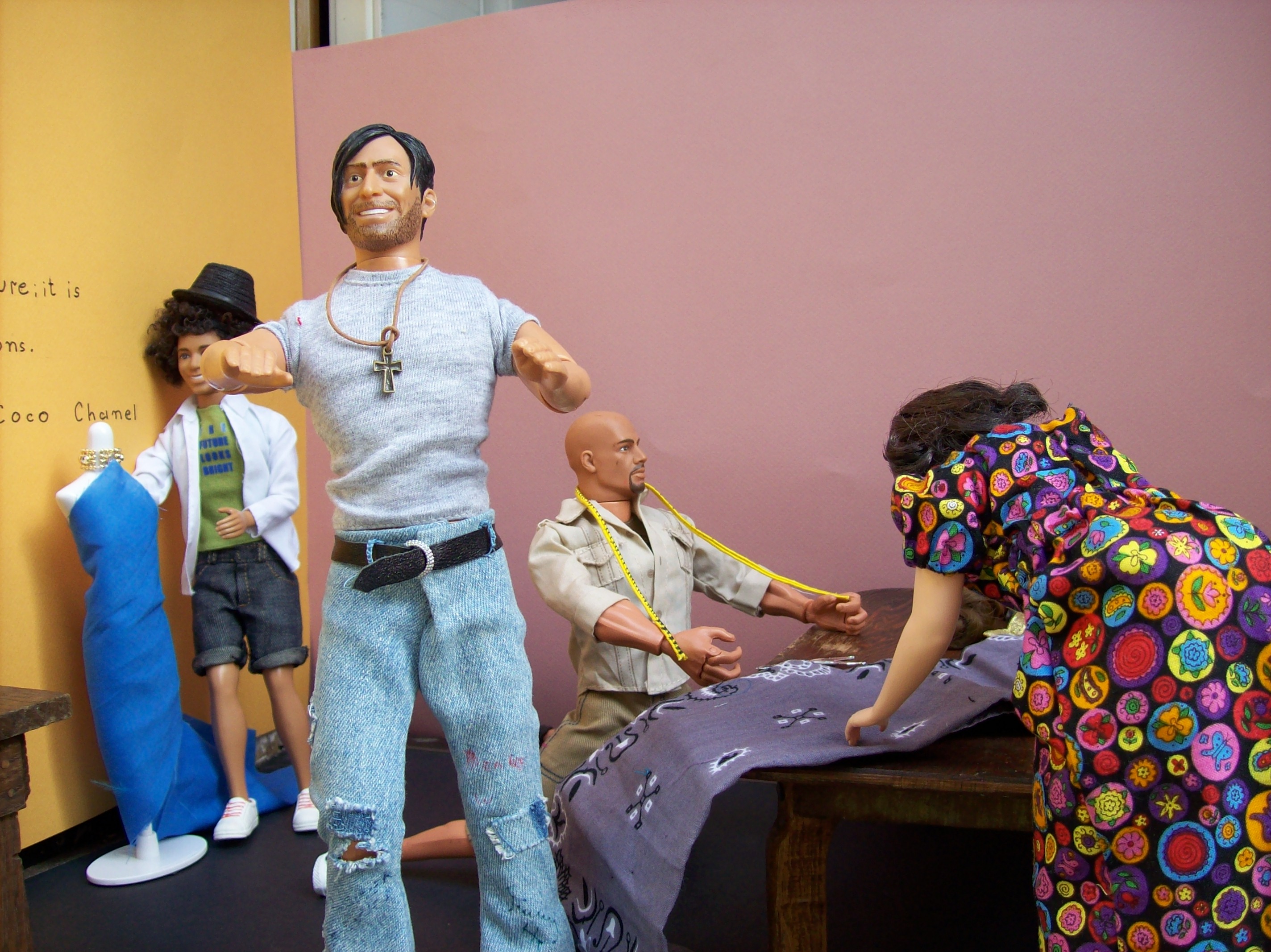 The designers are very critical about each others designs. 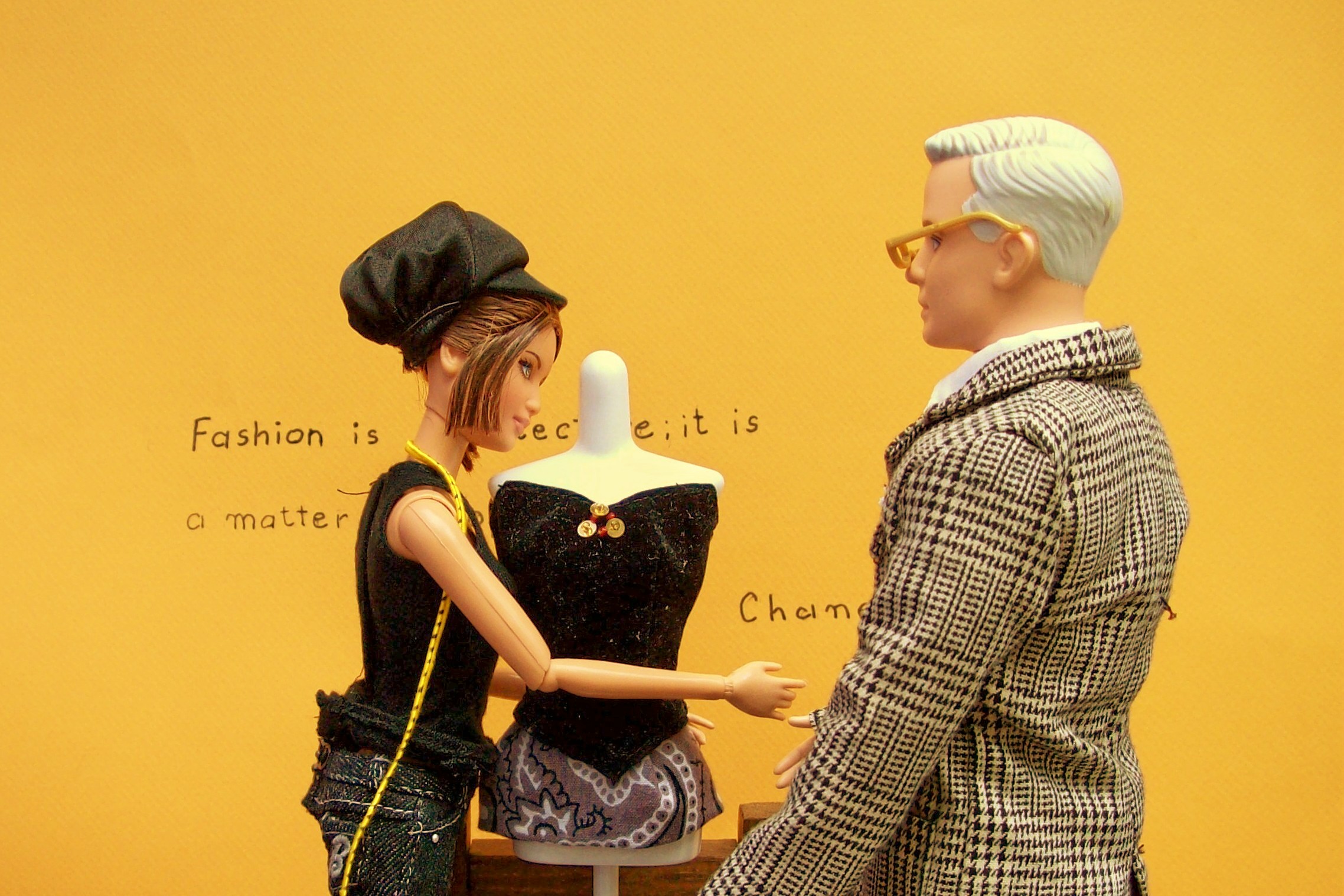 Tim Gunn comes again to encourage the contestants.  “Carry on”, he recommends. 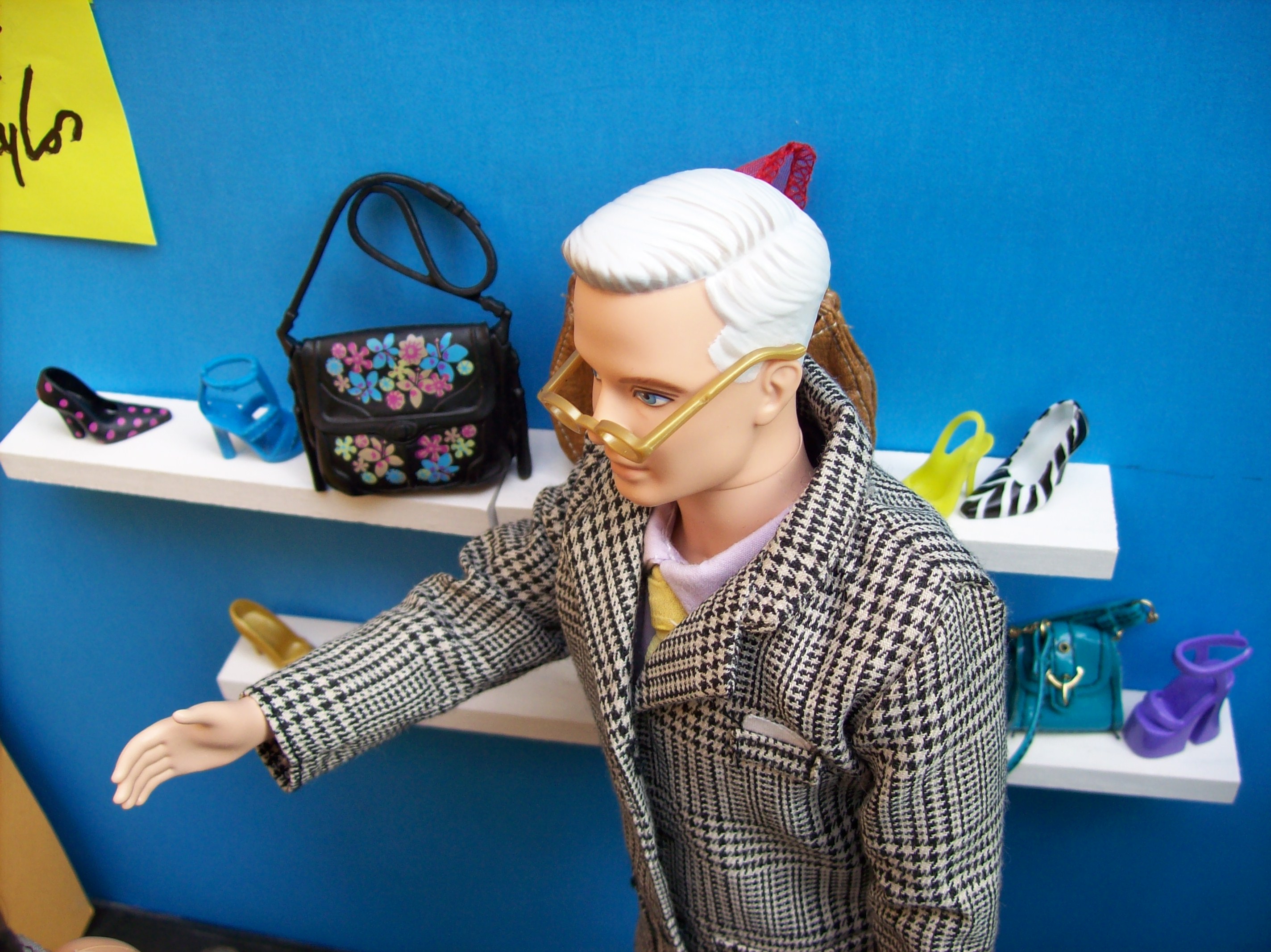 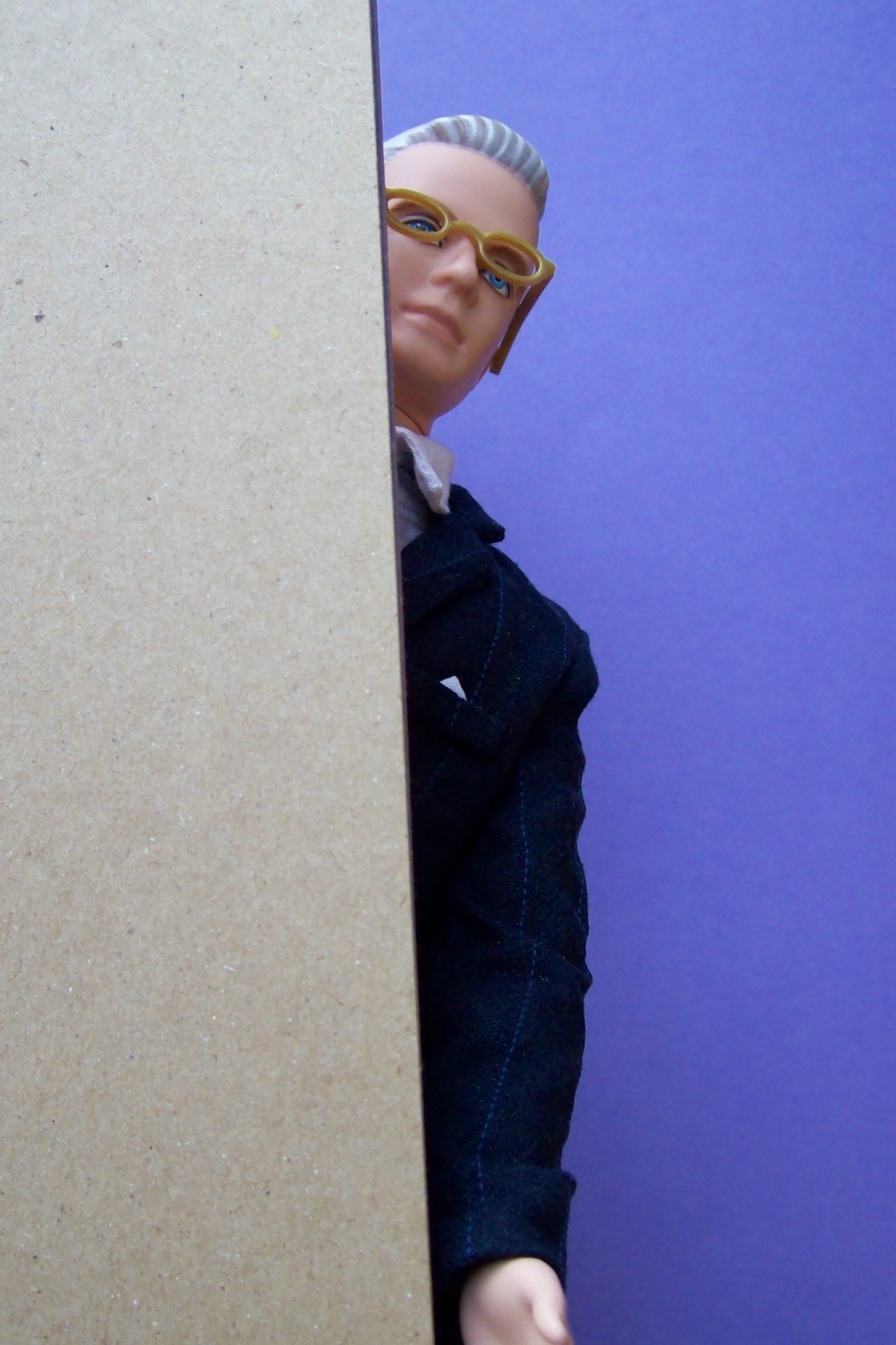 “That’s it.” It means that everbody has left the workroom. 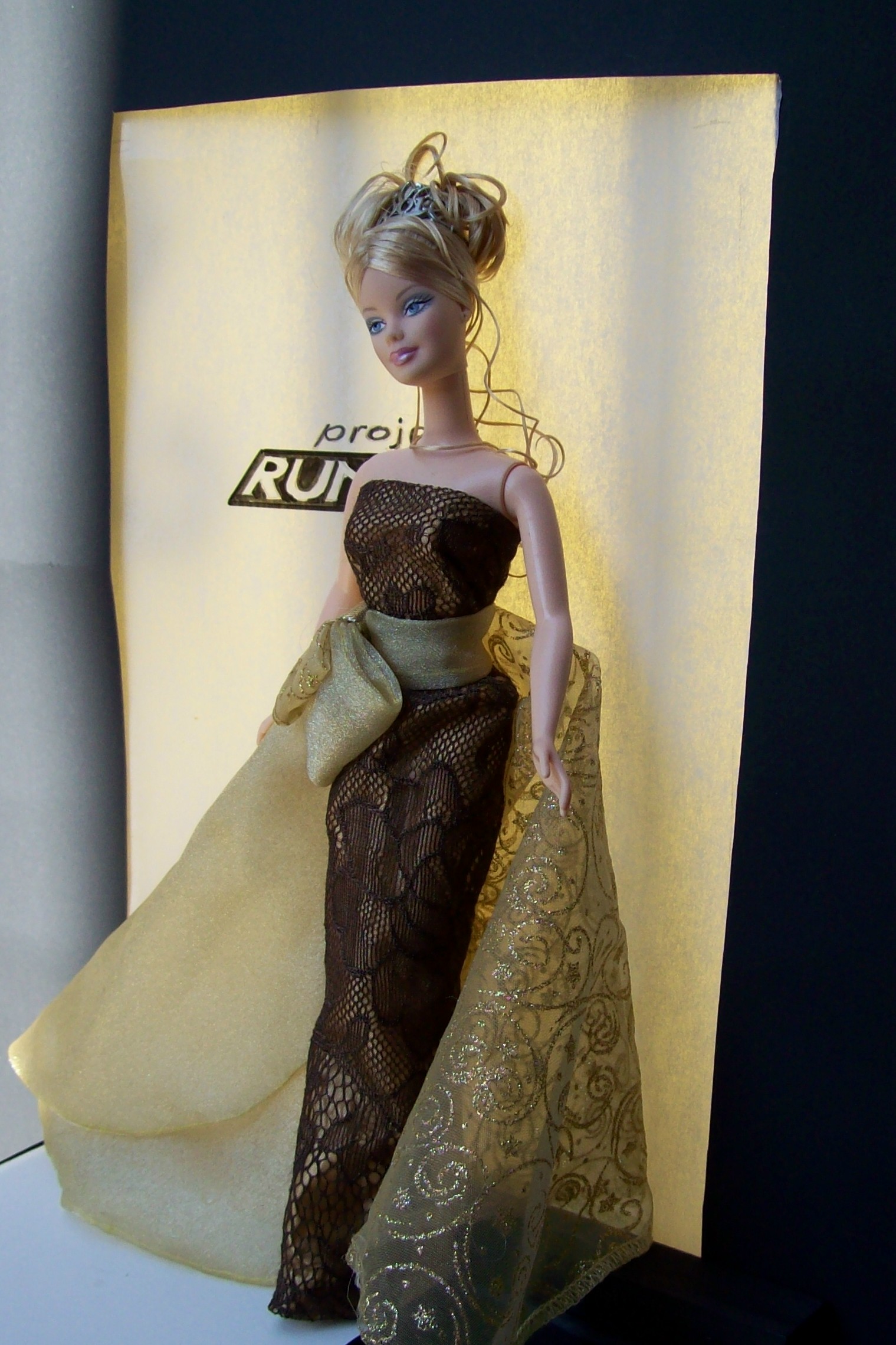 The models are doing their best to present the designs.

The judges take notes and select the best and worse outfits. Some designers are told that they are neither among the best nor among the worst, so they are safe. The designers who made outfits that are O.K. but lack the wow-factor are usually safe. Like this designer: 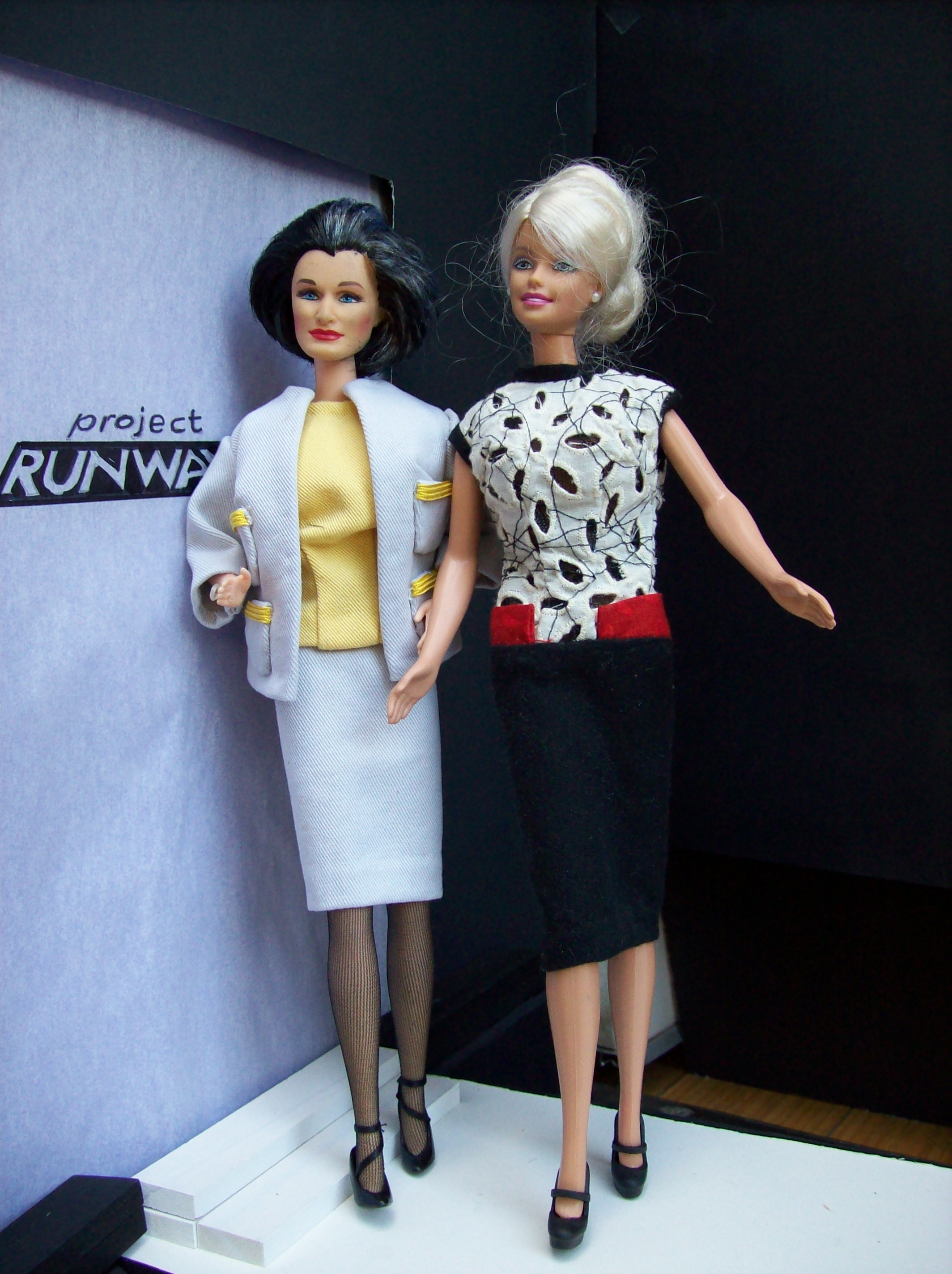 who was told that though the couture was exceptional, her color choice was conventional and her design  dated.  It made her model look matronly. Or this designer: 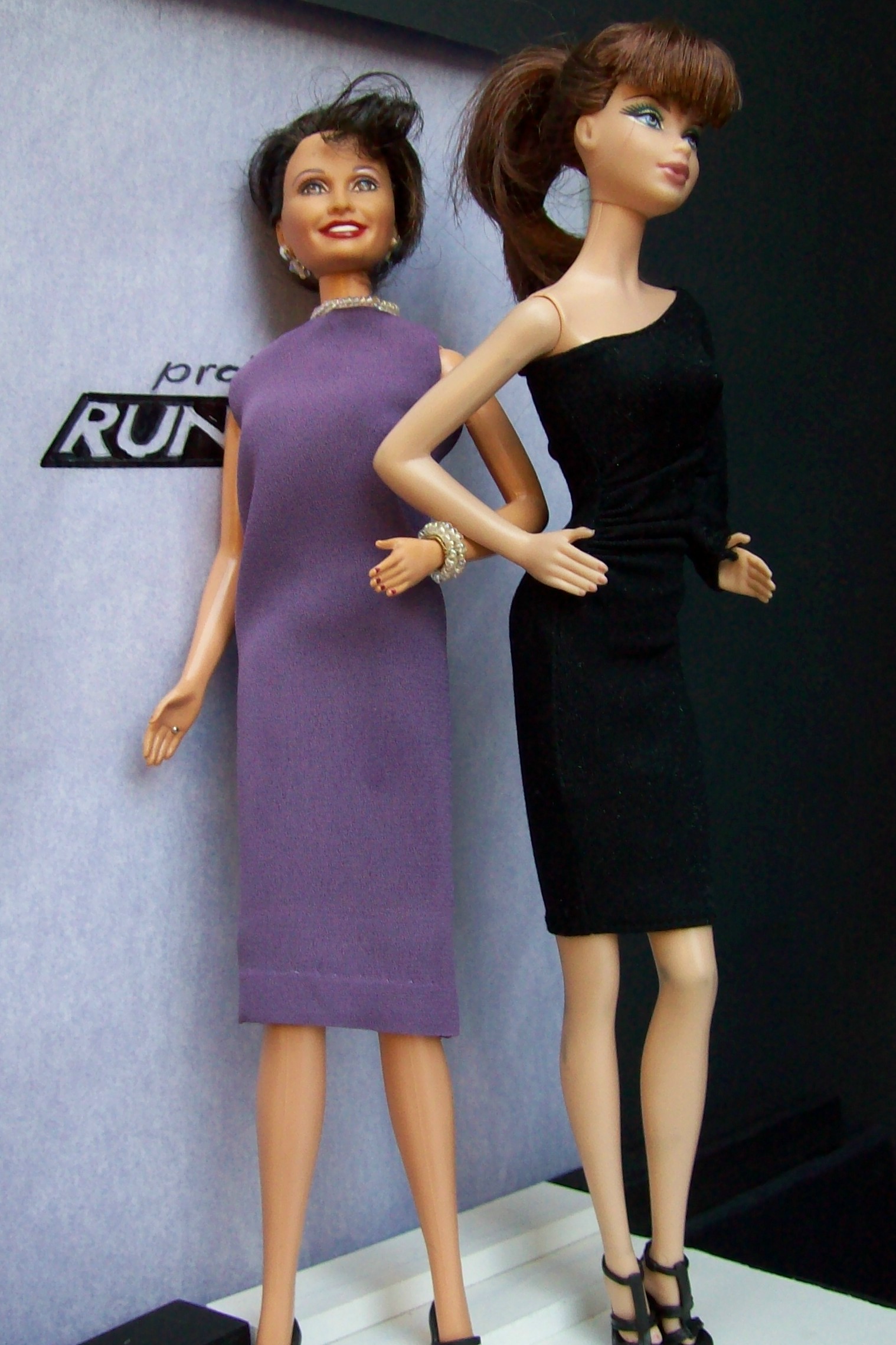 who was told that if she comes up with another little black dress, she will be out without further ado. The safe designers are sometimes disappointed that they are not among the winners but generally they are glad to be safe. 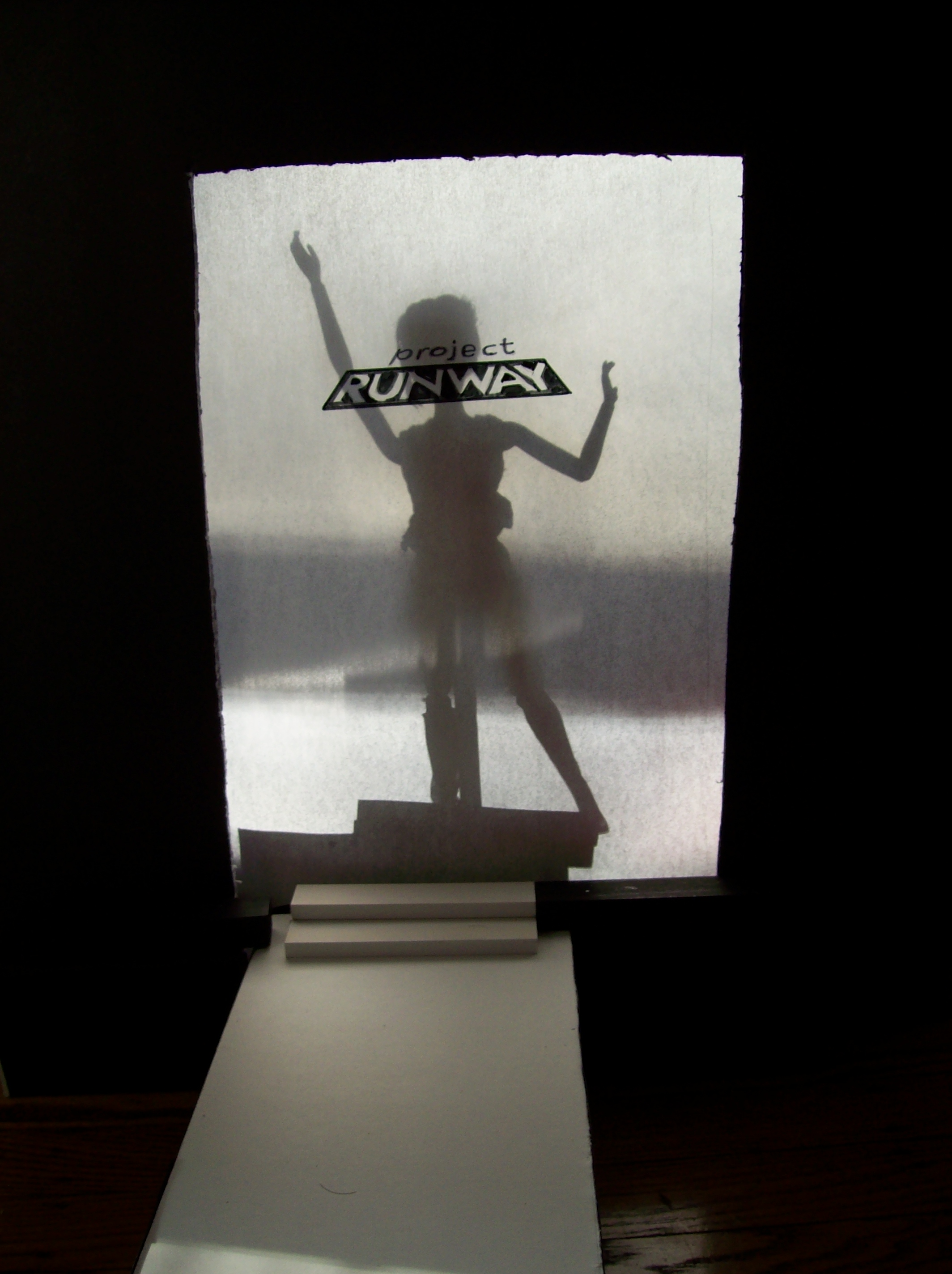 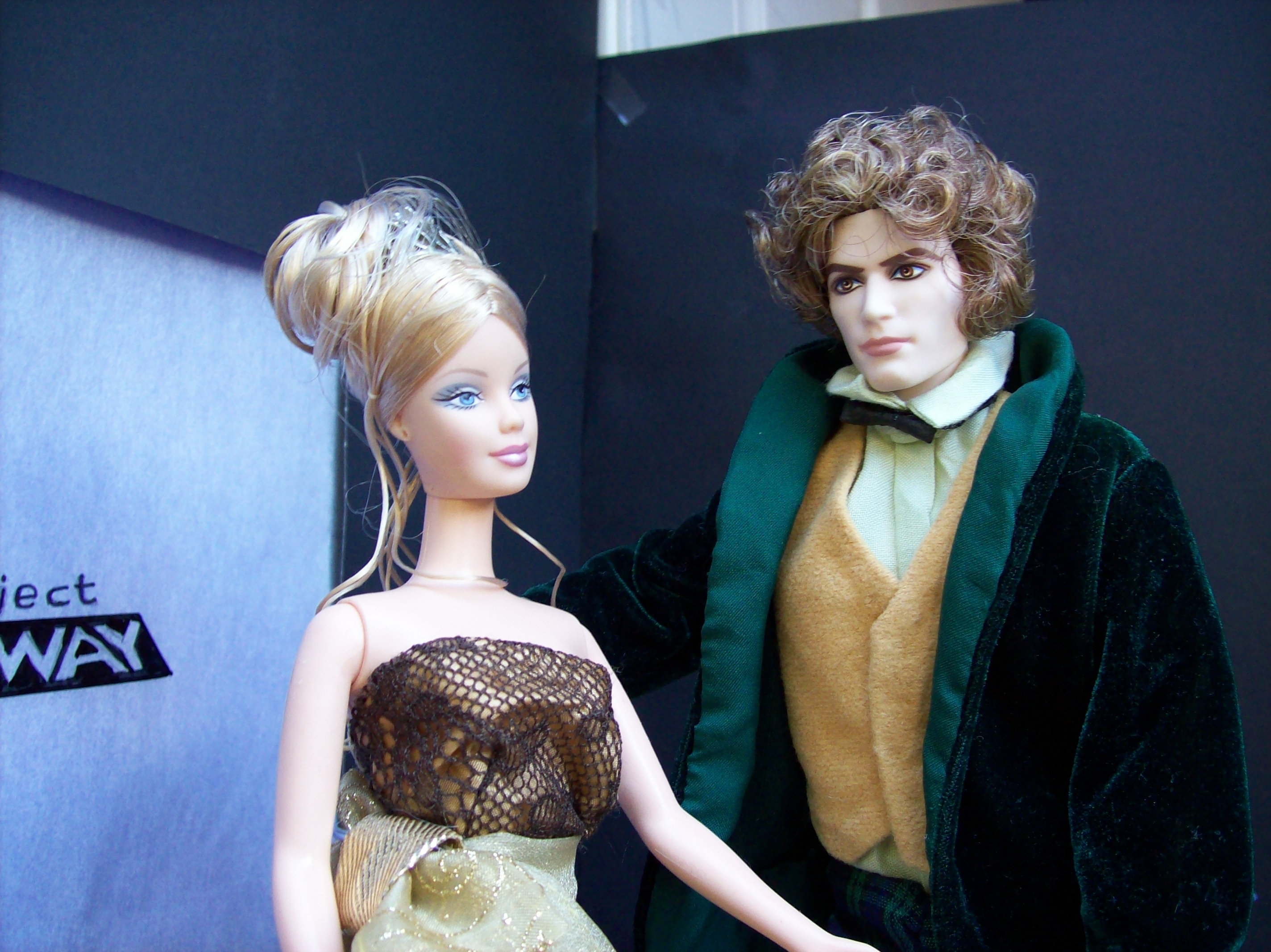 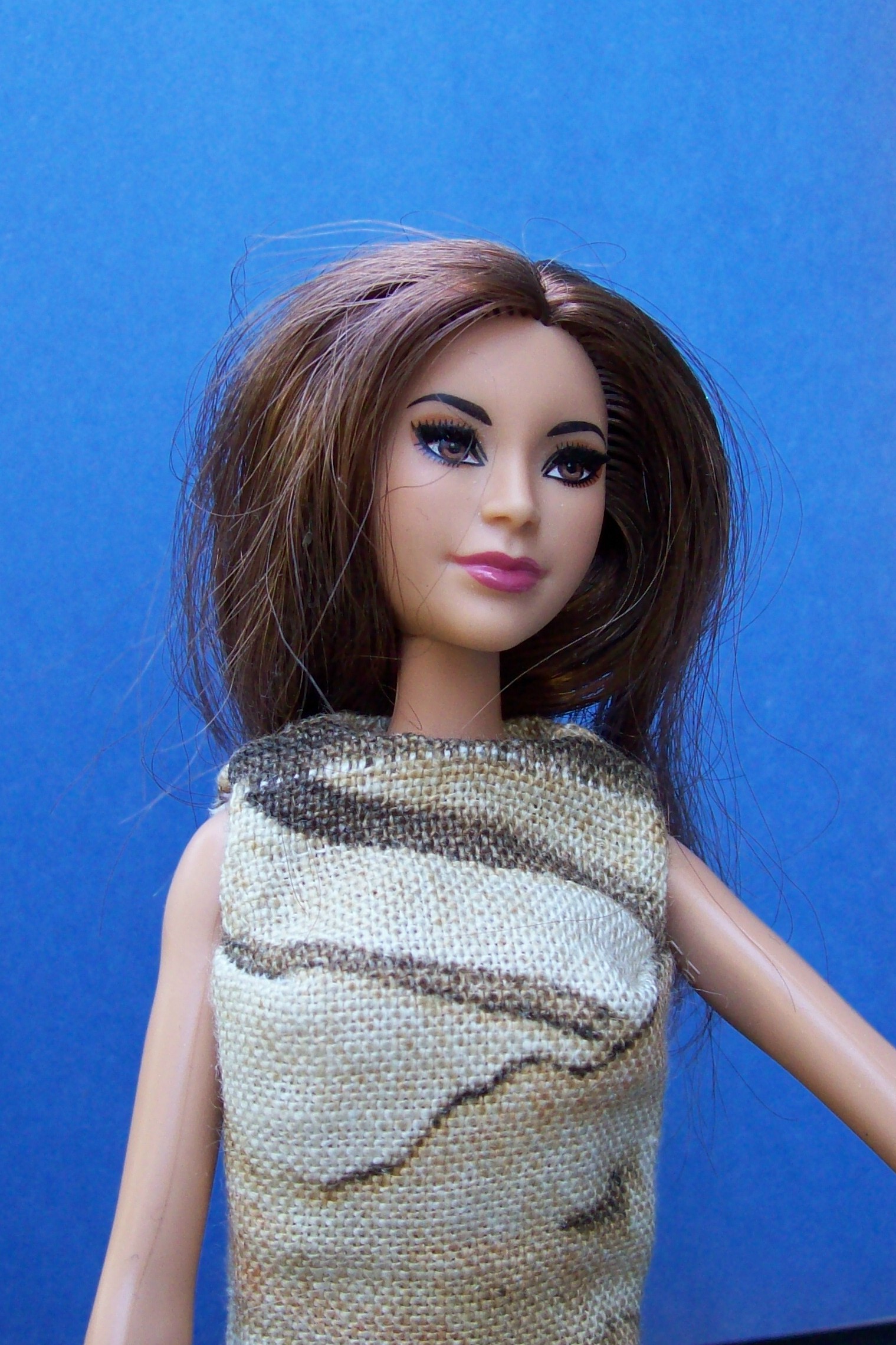 Nina Garcia thinks it over-the-top and that there is too much going on with the gold fabrics which makes it tacky. However, she found the craftsmanship impeccable. 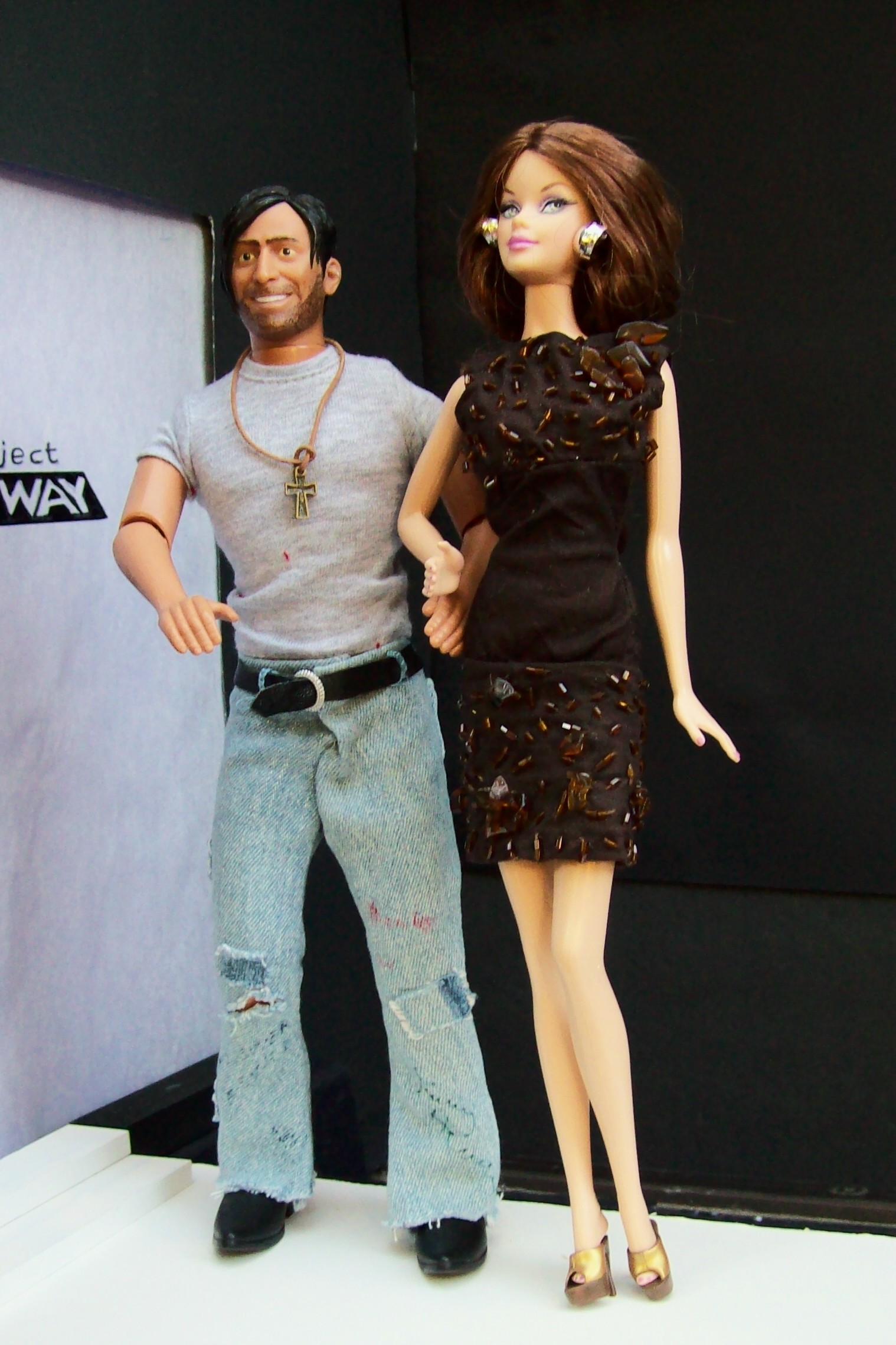 The judges like this outfit. Heidi likes it but remarkes that she would not like to sit down when wearing it because of the stones all around the hem of the skirt. 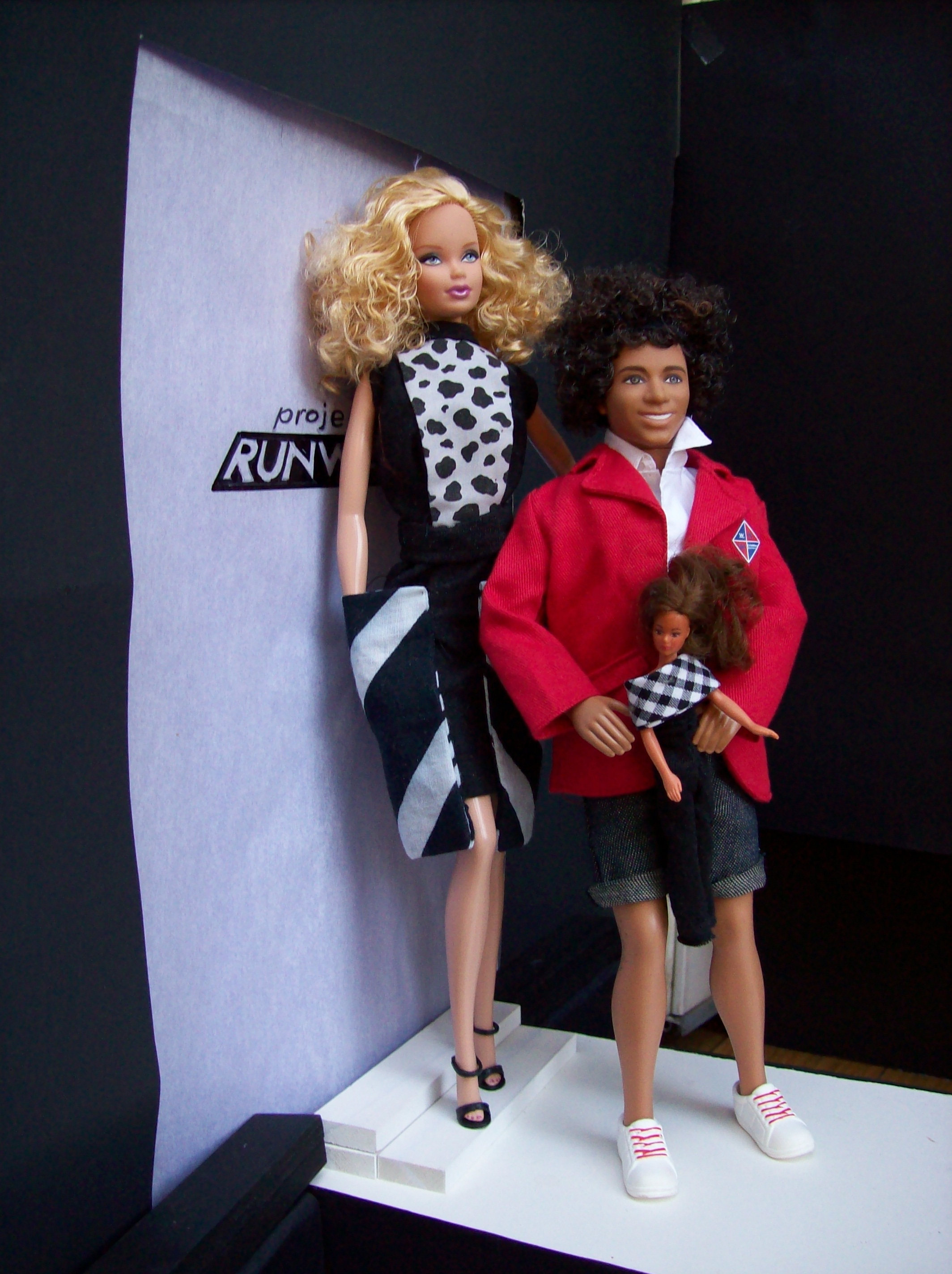 This designer is praised by all judges.The judges think  that he best matched the designs for the doll and the model. They find the outfits well structured and the patterns well incorporated into the black base. The judges also like the pockets. They always like the pockets. 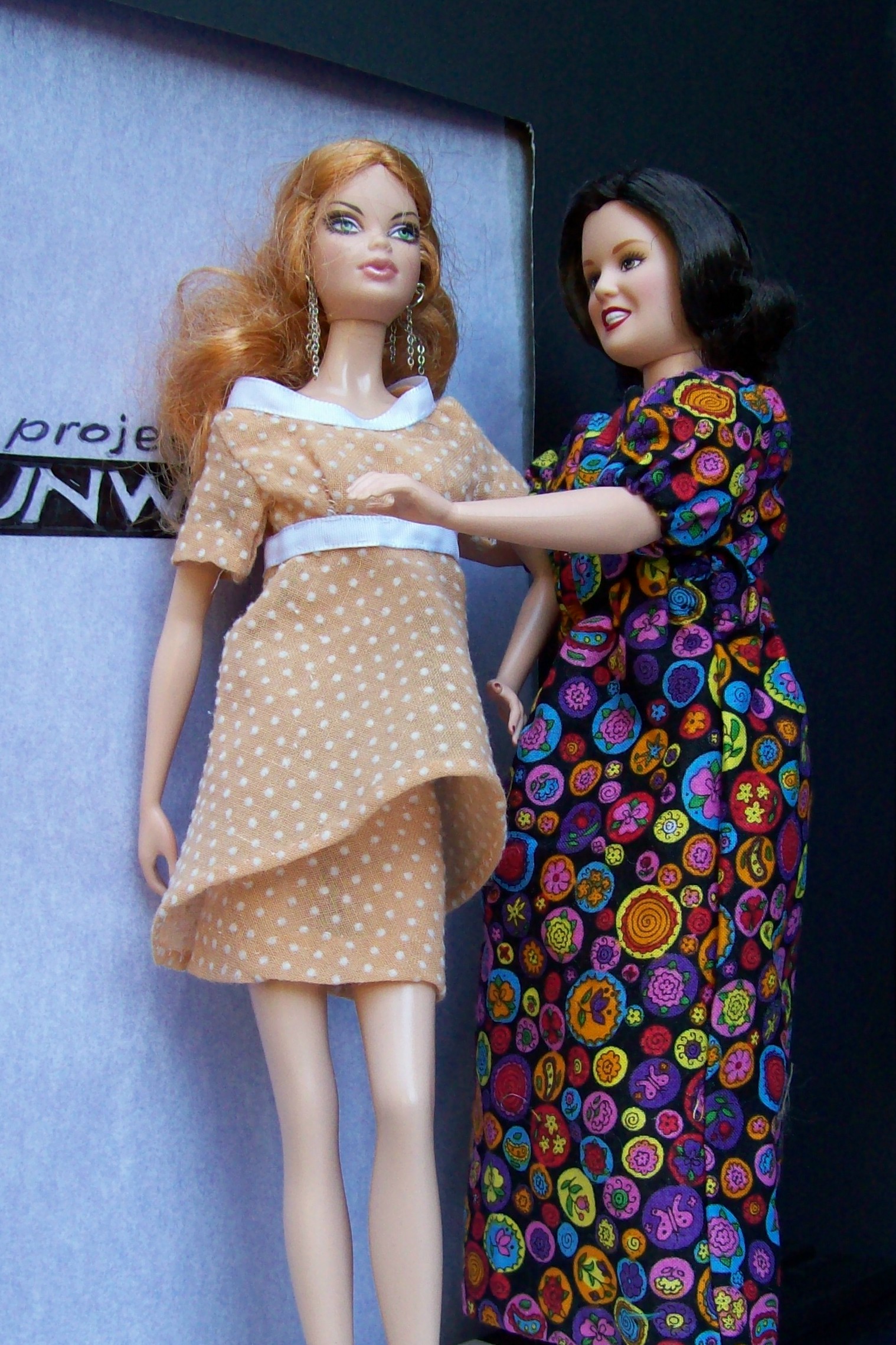 “I tried to think out of the box,” insists this designer. But the judges find the dress ill made. Nina Garcia thinks it made the model look pregnant and that the color was washy-washy. The designer disagrees and expresses her satisfaction with the dress. 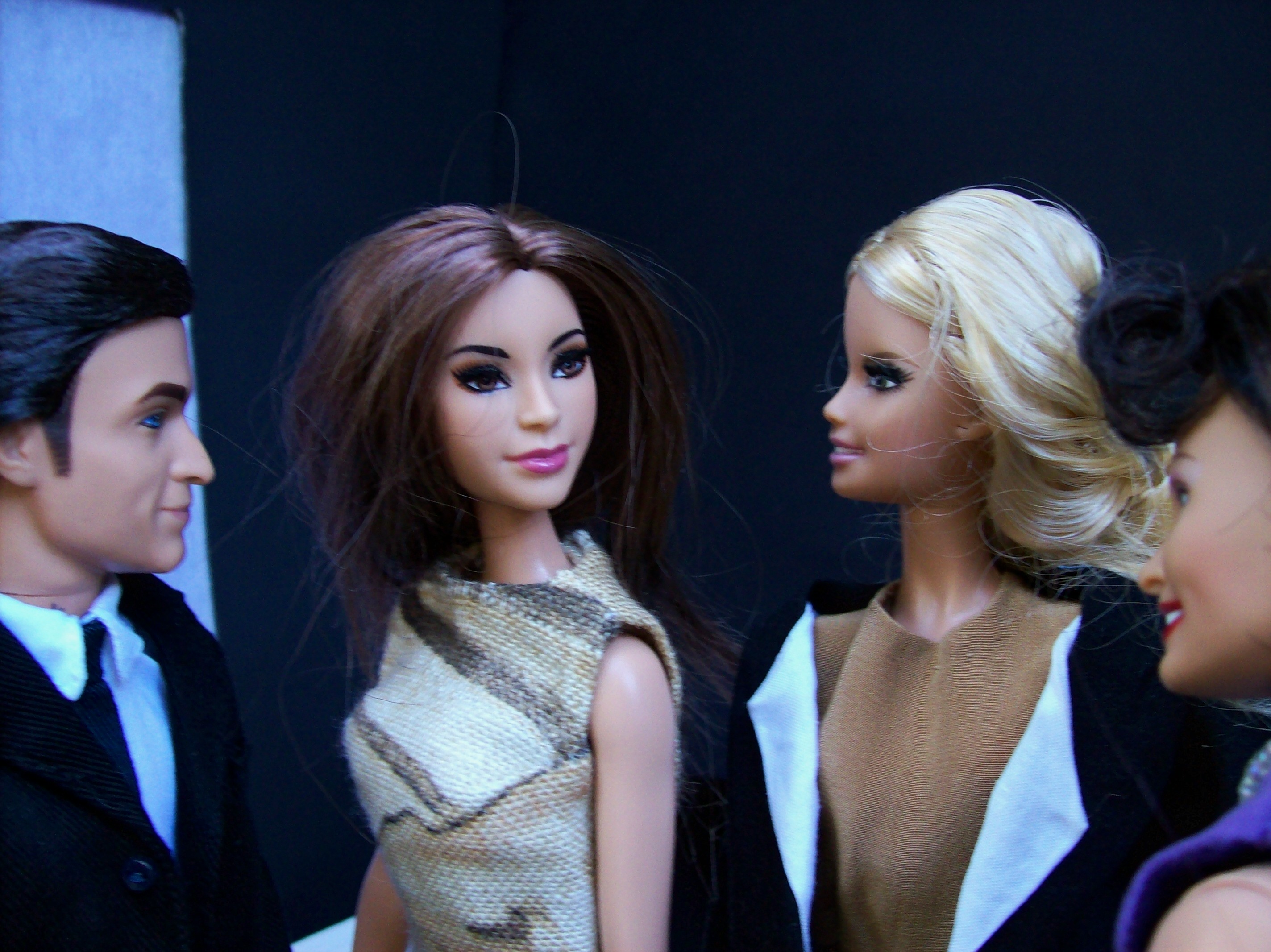 After some deliberation, the judges decide that the black dress is the winning design and the washy-washy dress the losing one.

The winners of some other challenges: 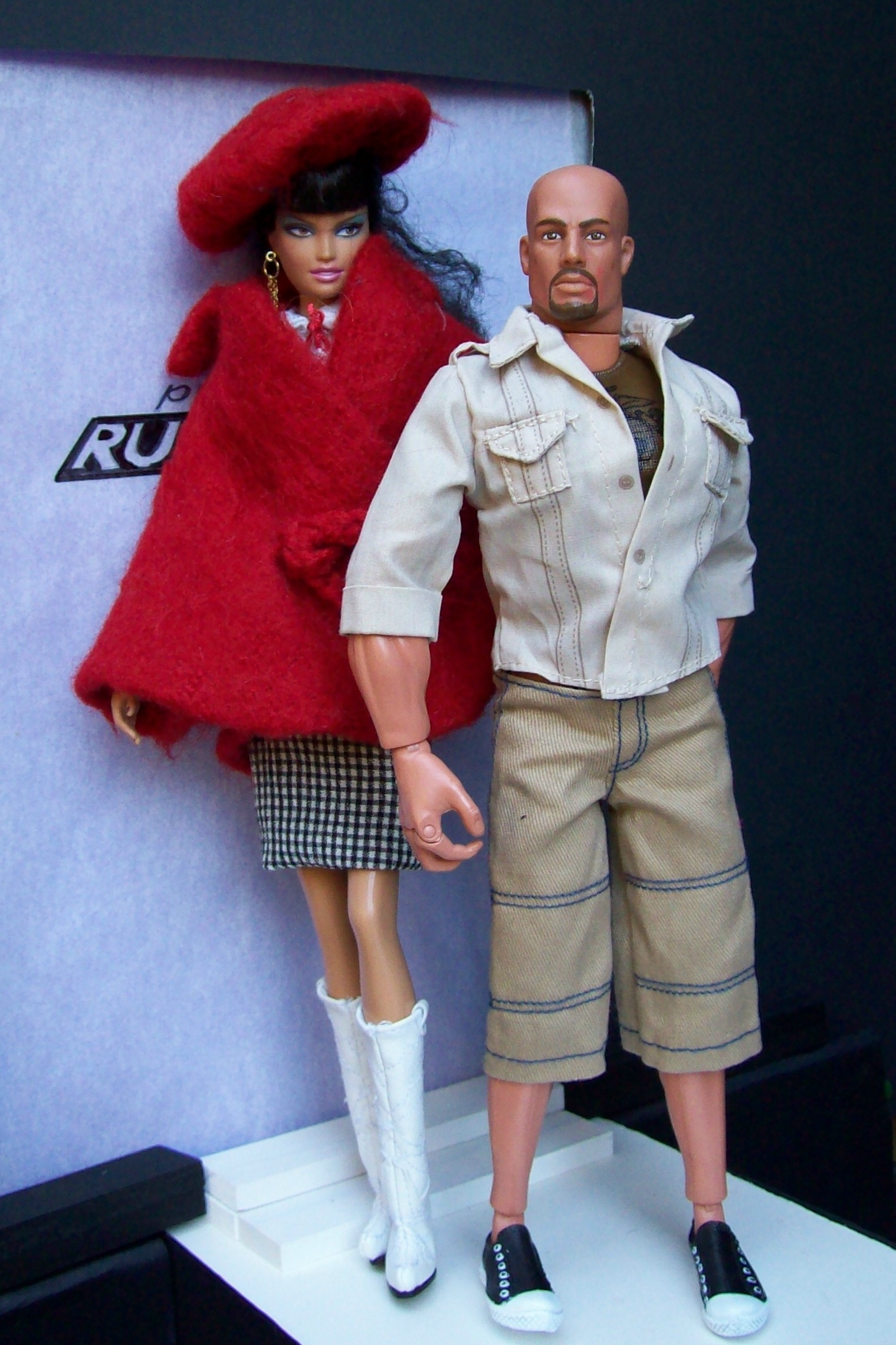 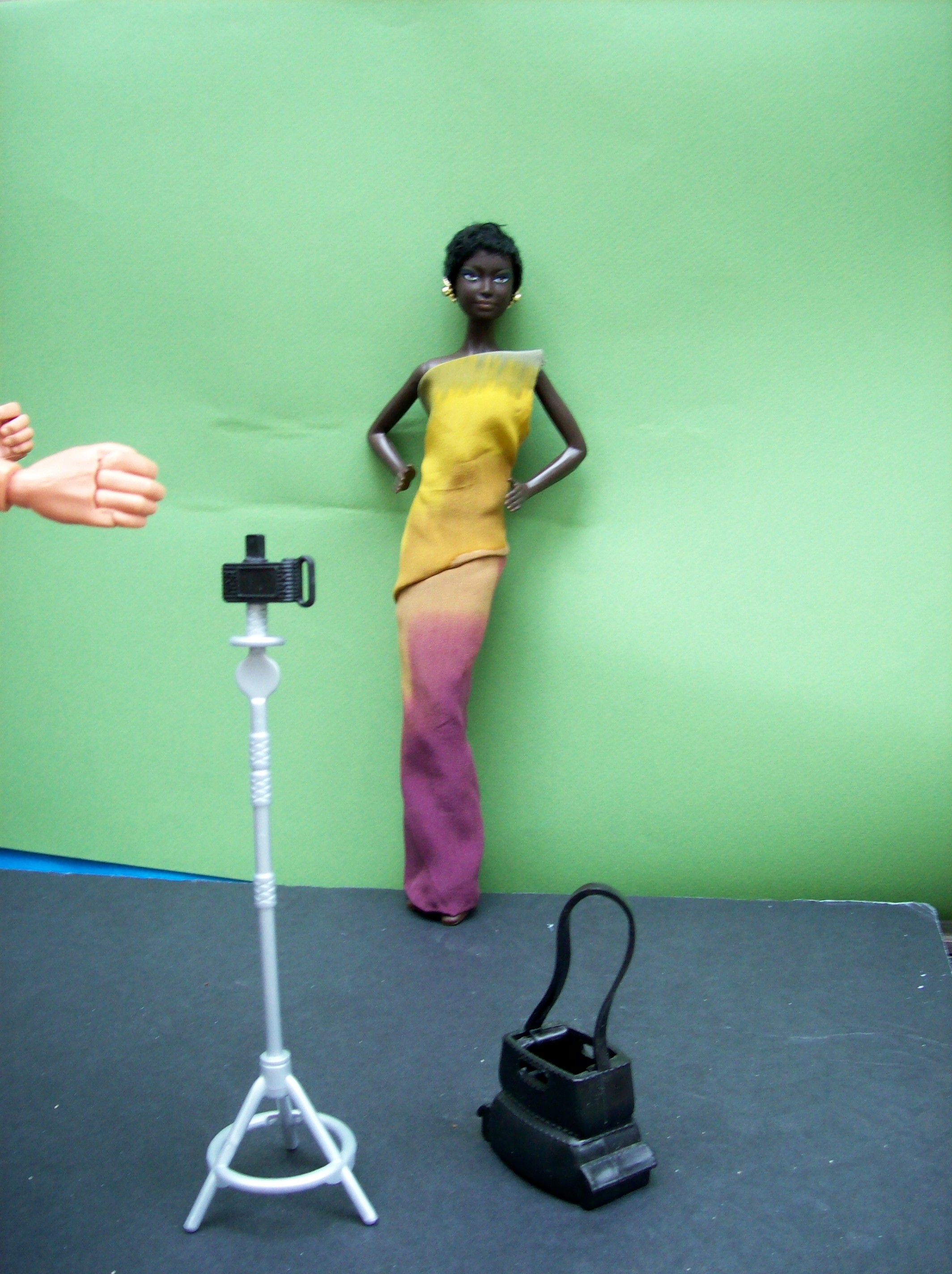 The design that won the fashion spread in the magazine. It is simple, yet very editorial. 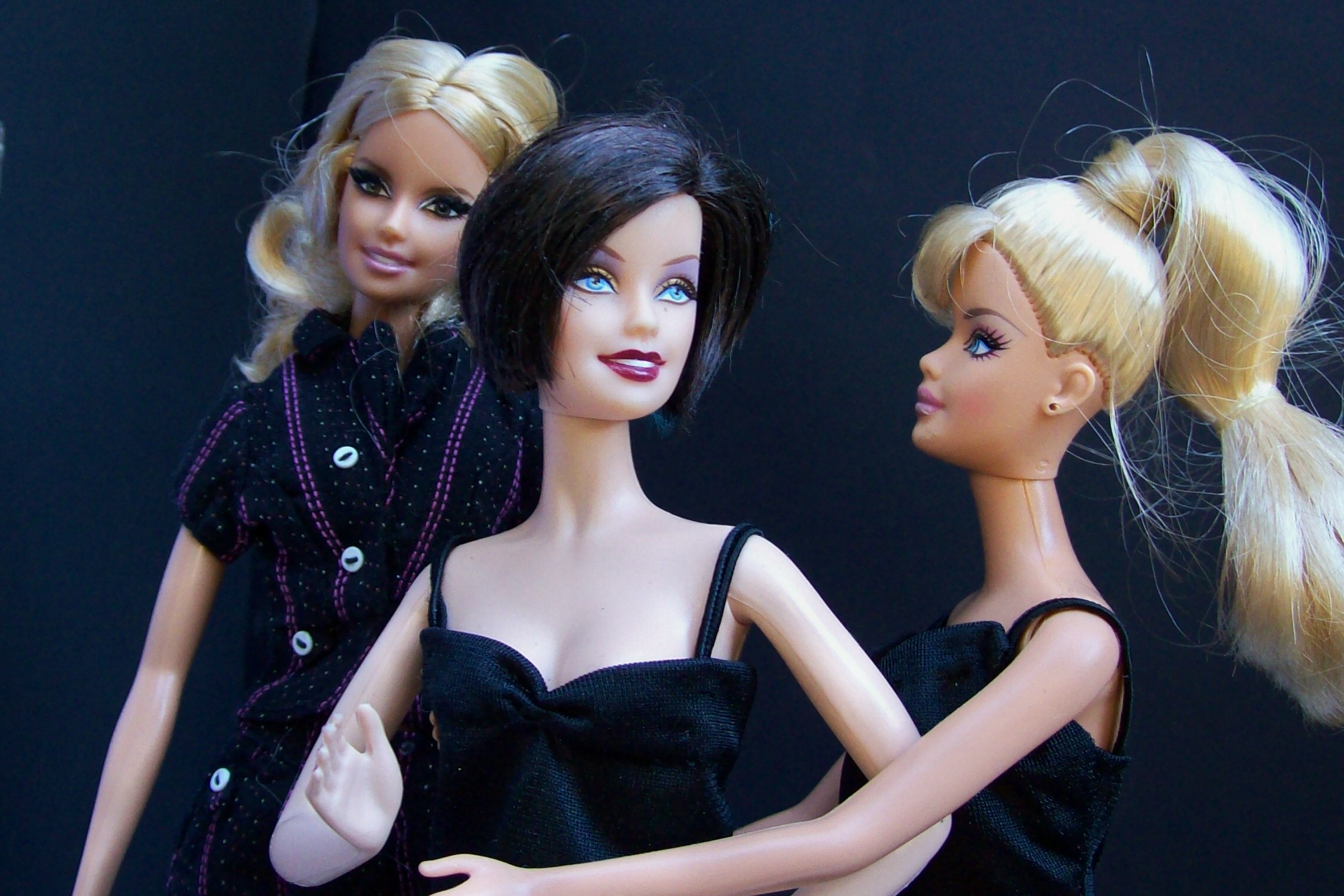 There are usually some heartbreaking moments when a model is not chosen. 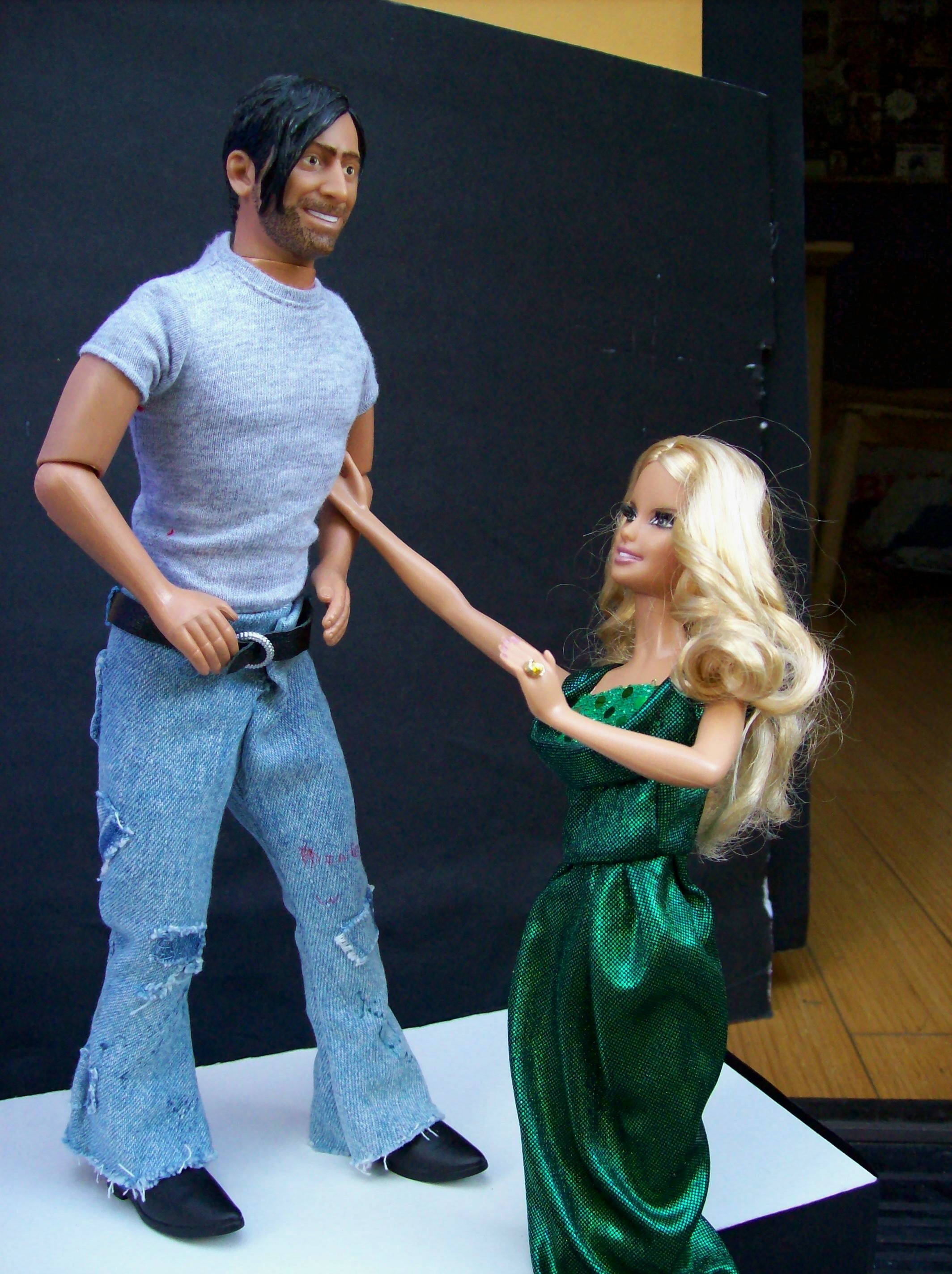 In the end, Heidi is to “auf Wiedersehen” and kiss the losing designer.