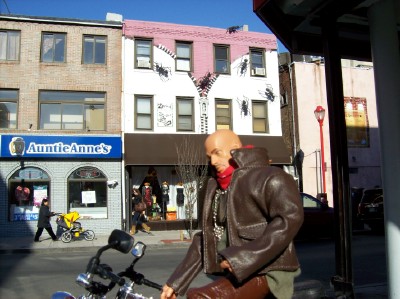 A new man on the town. 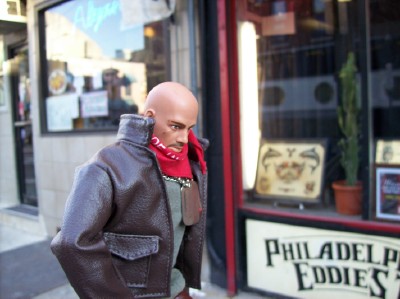 Going for a tattoo. 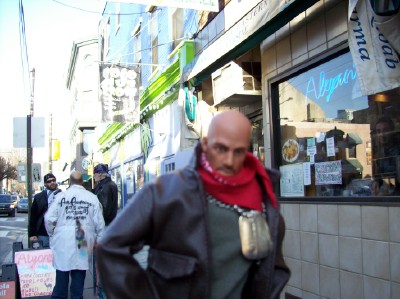 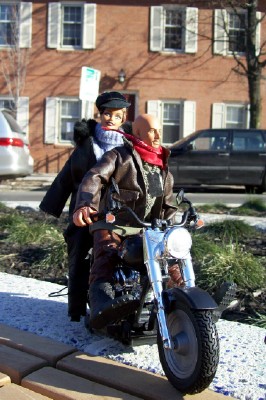 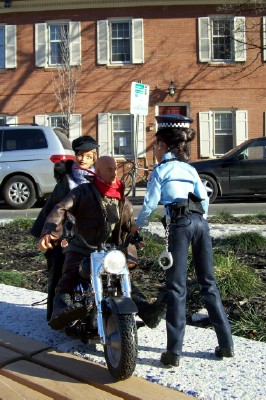 Driving without a helmet!? A heated argument ensues. 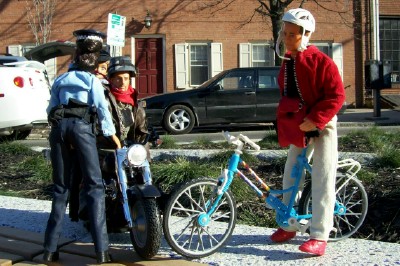 People stop to watch and listen. 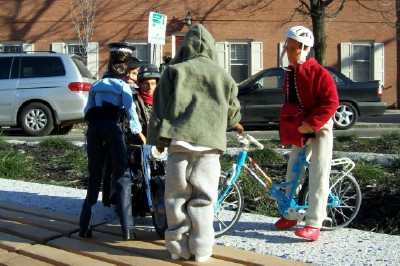 More people gather. Some kind of helmet is found.

The policewoman has left. She left in a state because she recognized the guy in the hoodie. 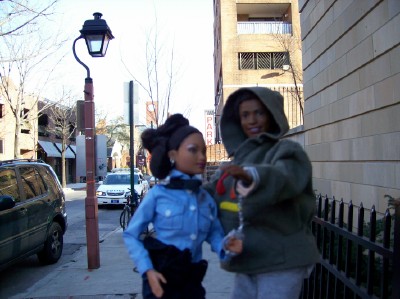 Finally together. But duty calls. 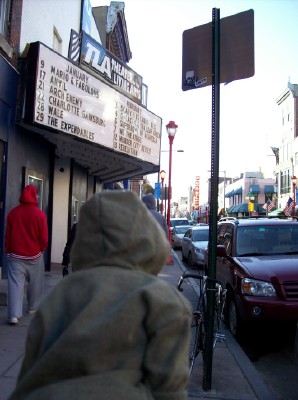 The undercover cop meets some real people and they go to see a movie. 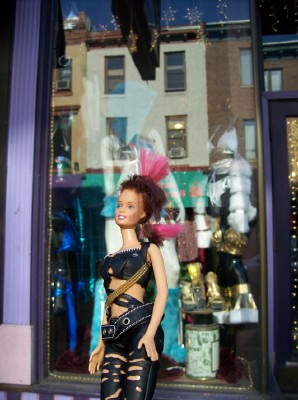 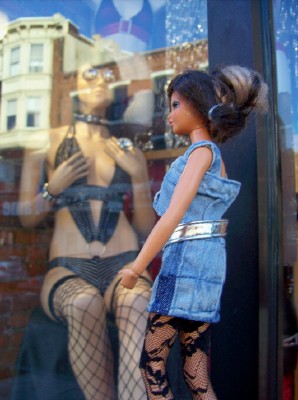 Wannabe goes one way and 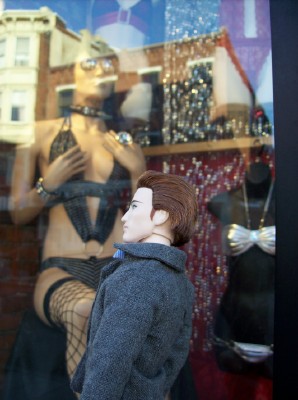 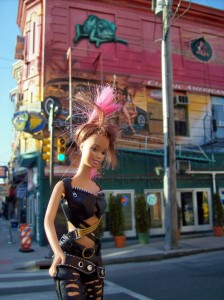 The out-of-control teenager is all alone in the middle of Easy Street.

N.B. I did not make her outfit. It was bought on Easy Street.

To be continued eventually. There are many more characters on Easy Street.