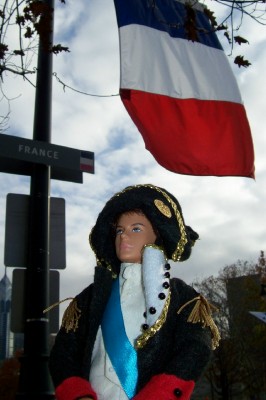 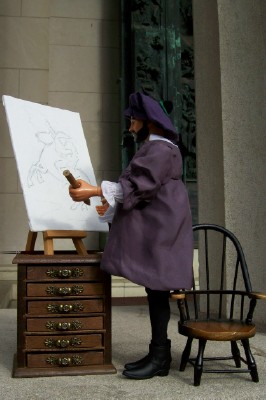 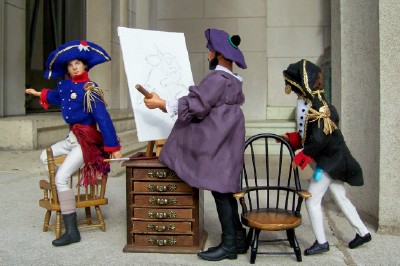 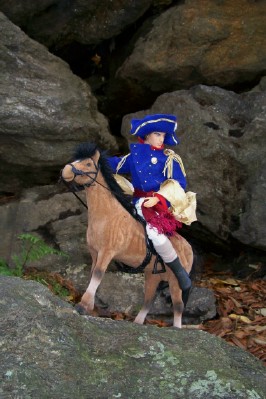 One version of the famous painting Napoleon Crossing the Alps. 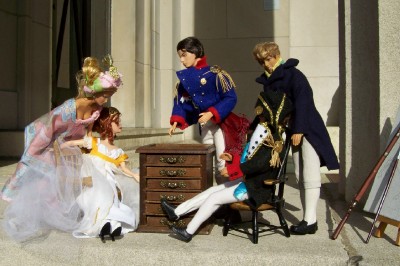 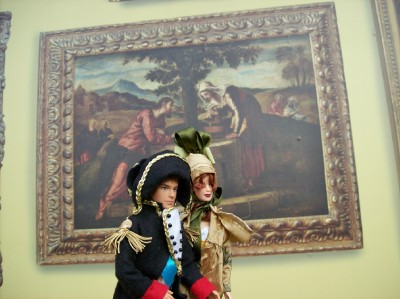 Napoleon and Josephine went to an art galery. 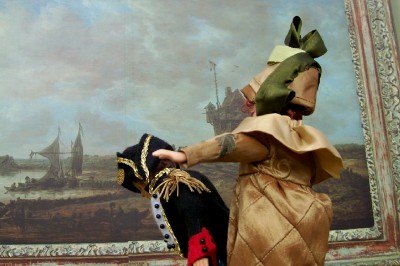 Napoleon was most interested in a naval battle scene on a painting. It all ended with Trafalgar. 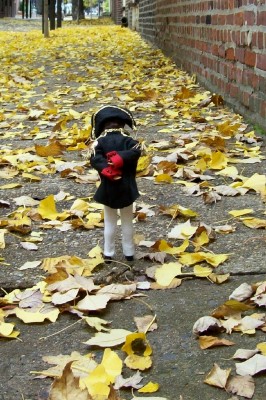 Napoleon after the battle of Trafalgar. 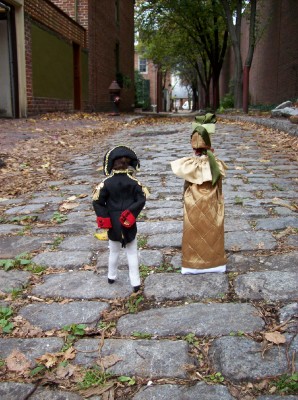 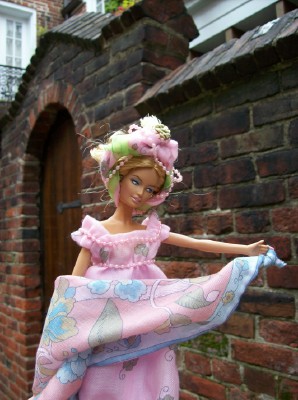